The Power of Pomegranates

The pomegranate is believed to be native to Persia and the Himalayas of Northern India, and thought to be one of the oldest known edible, cultivated fruits. Its name derives from the Middle French “pomme garnete,” which literally translates to “seeded apple.” Historically, pomegranates have been associated with health, strength, fertility, and longevity, and are one of the original “Seven Species” of staple foods in Israel. Representations of pomegranates have been found on Egyptian wall paintings in tombs (symbolizing life after death), depicted in ancient Roman mosaics, and featured prominently in Greek mythology. Not surprisingly, pomegranates have a rich history in Mediterranean cuisine, particularly along the Eastern Mediterranean. 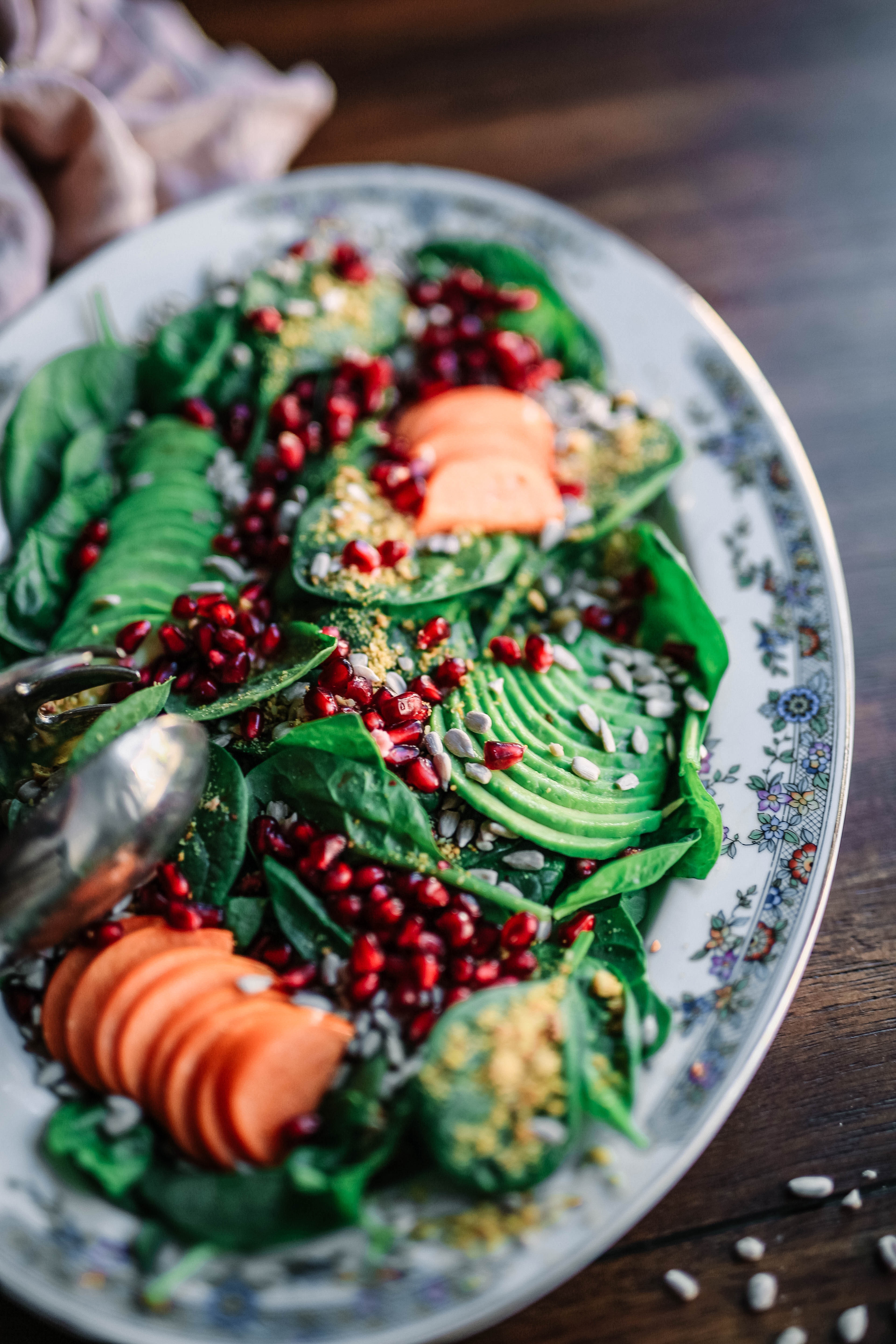 Pomegranates store well, but have a relatively short window to enjoy, typically, anywhere from the end of September through January.

The seeds add a pop of color and tart-sweetness to all sorts of dishes, sweet and savory alike. In addition to enjoying them in their natural state, the seeds can be juiced and the juice concentrated or reduced into pomegranate syrup or molasses. Pomegranate molasses, a sweet-tart syrup made from pressed pomegranate seeds, is commercially available; look for bottles without added sugar (i.e., those that list concentrated pomegranate juice as the sole ingredient).

The tricky part is removing the seeds. Though, with a little practice, it’s fairly easy:

With your ﬁngers, feel along the length of the pomegranate for its ridges/indentations. Using a paring knife, score the skin of your pomegranate along the ridges. Don’t cut too deep, because you don’t want to cut into the seeds; just deep enough to get through the skin. With your hands, pull the scored sections gently apart (it should come apart easily), while holding the pomegranate over a bowl to catch any falling seeds. With a spoon, whack the skin of the pomegranate a few times to release the seeds. Remove any remaining seeds from the white pith with your ﬁngers.

Once you remove the pomegranate seeds, their possibilities are rather endless, from crunchy salads to rice pilafs to drinks (e.g., tea) and cocktails (e.g., sangria), as a topping for yogurt and your morning oatmeal, or any number of sweets/desserts.

Pomegranate molasses can be used as a glaze for any number of proteins, from chicken to short ribs to salmon. Fesenjan is a classic Persian chicken stew cooked with toasted walnuts and pomegranate molasses, resulting in a thick sauce that is sweet, tart and nutty.

There are endless uses for pomegranates. Let your mind be bold, or check out Oldways’ take in 12 Great Ways to Use Pomegranates.