We were on the trail of saltmeadow lamb, the French delicacy known as l’agneau de pré-salé and we had driven 90 minutes from Bayeux. Our bus rounded the narrow corner in Bas-Courtils, Normandy, just where the map showed we were supposed to ﬁnd the small family lamb farm of Hervé Boivent. There was no sign, and nothing but cows in sight. A man waved from outside the barn – but maybe he was just being friendly; this couldn’t be the place. And yet, it was. “We keep a few cows for milk,” M. Boivent explained in French, smiling at our confusion, “The lambs are across the street.” (Life would be easier if our trips went to all the normal places tourists usually go – but we like to ﬁnd the special food producers that aren’t on any maps!) Twenty-seven intrepid culinary adventurers, all part of Oldways’ Normandy: Camembert and Calvados trip, followed the young farmer across the road, to a barn crowded with bleeting sheep whose loud “baaas” sounded like parodies of themselves. 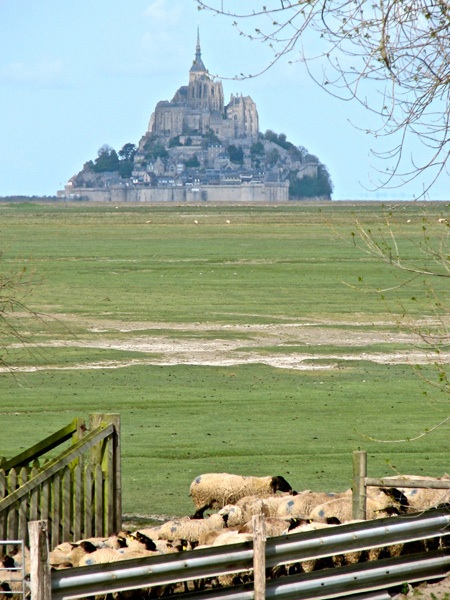 As we watched, M. Boivent opened a gate at the far end of the barn, and a stream of more than 200 lambs raced out toward the green saltmeadow marshes stretching oﬀ toward Mont Saint Michel shimmering in the distance. Neighboring farmers did the same, and we could see plumes of wooly white forms issuing from gates all along the edge of the broad meadow. As many as 10,000 sheep and lambs will spend their day munching salty grass and seaweed along the French coast, intermingling in its unfenced vastness, and then somehow sorting themselves out and returning to their own barns at night. (That is, if they haven’t stumbled into sable mouvant – moving sand, or quicksand as we call it in English. M. Boivent had to rescue ten of his lambs just last week, when they were sucked into a boggy area.) 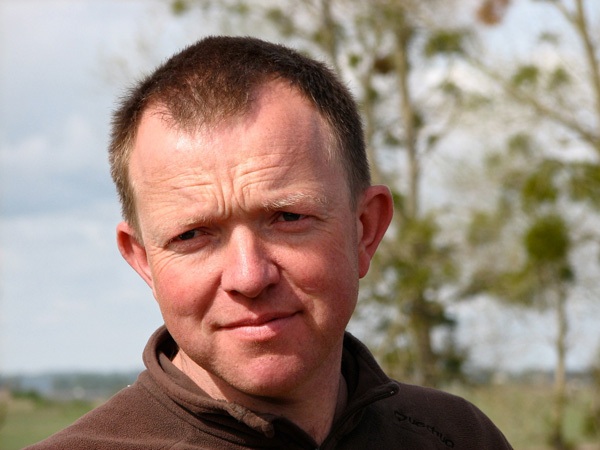 While many of us think of spring as the time when lambs are born, in fact, most of M. Boivent’s lambs are born in November or December. As we visit the Bergerie de Courtils on the last day of April, his farming cycle is just about to begin again, for next year’s lambs. In June the sheep will be shorn, by a roving pair of shearers who can cut the wool from all 250 of M. Boivent’s sheep in a matter of hours. After this trip to the beauty parlor, rams are brought in, in late June or July, to service the ewes. Farmer Boivent had already selected 60 of the healthiest female lambs at birth, with an eye to breeding them; as they have grown up, he has winnowed his list to 30, who will “start dating” at the age of 18 months. After a ﬁve-month gestation, the new lambs are born at the end of the year, and are ready to grace the best tables of France by the time spring rolls around. 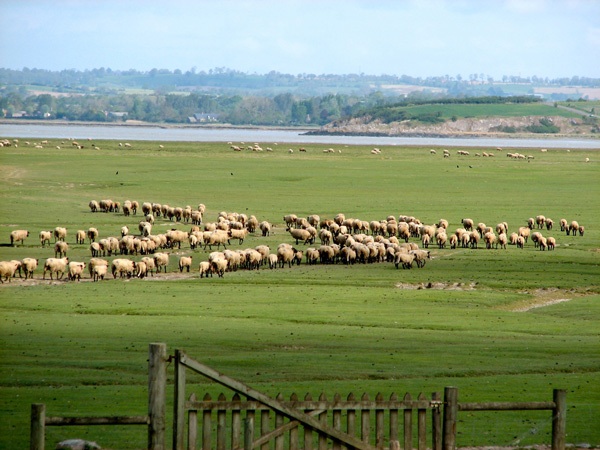 Agneau de pré-salé is especially prized in France, for its tenderness and the special tang of the saltmarshes. Like most products that depend on speciﬁc ﬂora and fauna in speciﬁc locations for their taste, agneau de pré-salé has recently (in October 2009) been awarded an Appelation d’Origine Controlée (A.O.C.) designation. This means that only lamb pastured on saltmarshes in certain areas can potentially be called agneau de pré-salé – just as real champagne must come from the region of Champagne and be produced a certain way. M. Boivent says, however, that he and most of his fellow farmers can’t be bothered with the new A.O.C. rules, which would insist on many changes to their traditional way of raising the lambs, such as how many square meters of barn space each lamb must be allotted. “We just do it right, and make good meat; we don’t care about the A.O.C.,” he explains. Instead, the farmers in the Mont Saint Michel area (one of four agneau de pré-salé areas) have created their own label, Grévin, that is used on more than half the lambs sold in the area. We pass back through the barn, where the youngest lambs have stayed inside with their mothers on this cool and windy day, then say goodbye to M. Boivent. 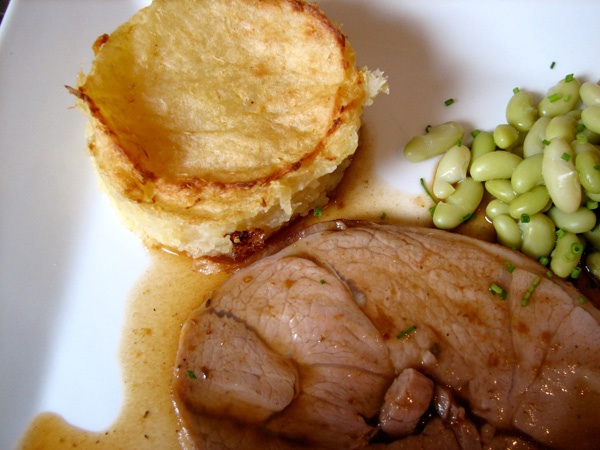 Can we possibly enjoy our planned lunch of – what else? – agneau de pré-salé after seeing the farm where it was raised? Somehow, our gastronomical instincts put the farm out of our minds, and we sit down to eat, satisﬁed to know that we are supporting M. Boivent’s eﬀorts to raise some of the best lamb in France.  — Cindy