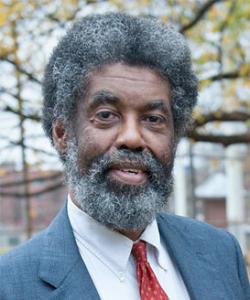 Robert L. Hall has been an Associate Professor of African-American Studies at Northeastern University since 1989. Among numerous other fellowships he has held, he completed a postdoctoral fellowship from the American Council of Learned Societies, and he has been a key researcher at the Center for the Study of Civil Rights and Race Relations/Oral History Program at Duke University. In the summer of 1991, he was a fellow at Harvard University’s W.E.B. DuBois Institute for Afro-American Research. He introduced and taught the ﬁrst course in Black History ever oﬀered at Tallahassee Community College and has spent the last 40 years teaching African American Studies at universities across the country. Professor Hall has been active in many professional associations across several disciplines and has edited numerous publications. His two most recent publications related to the topic of this project are an article on “Africa and the American South: Culinary Connections,” in the Southern Quarterly and a chapter, “Food Crops, Medicinal Plants, and the Atlantic Slave Trade,” in Anne Bower’s book African American Foodways: Explorations of History and Culture.