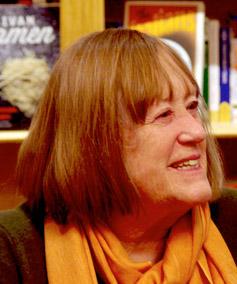 Nancy has a passionate interest in Mediterranean food and cultures, and she has played an important and ongoing role at Oldways since the very beginning. In 1987, she helped founder Dun Giﬀord organize an extensive culinary trip to northern Italy. Nancy, who is ﬂuent in Italian (and Spanish and another language or two), had just ﬁnished a long stint as a food writer for The New York Times and proved to be an invaluable guide to local foods and a source of great inspiration. The result of the culinary trip was Oldways, and Nancy was integrally involved in its founding, also serving as one of the original members of the Oldways’ Board of Directors. The author of half a dozen highly acclaimed cookbooks, including The New Mediterranean Diet Cookbook, she divides her time between her farmhouse outside of Cortona, Italy and the coast of Maine. Learn more about Nancy Harmon Jenkins.