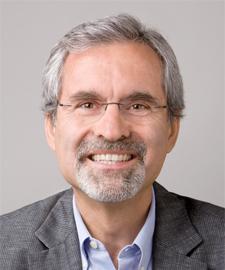 He served as principal investigator in a nutrition research study that directly linked the consumption of walnuts to signiﬁcant reductions in serum cholesterol. His ﬁndings were published in the New England Journal of Medicine in 1993 and received the attention of more than 400 media sources, both national and international. Bringing the research full circle Archives of Internal Medicine has recently published the ﬁndings of his pooled analysis of 25 intervention trials establishing the beneﬁts of nut consumption on blood lipid levels and lowering the risk of heart disease. Joan continues to research the relationship of almonds, pecans, and walnuts to heart disease risk factors. He has served as a co-investigator of the Adventist Health Study, a cohort study of nearly 60,000 Seventh-day Adventists and the relationships between their diets and various diseases and is currently a co-investigator of the Adventist Health Study-2, which enrolled 96,000 Seventh-day Adventists.