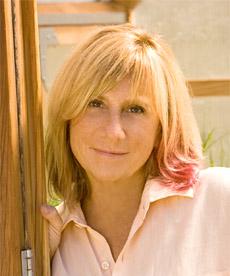 Dedicated to sustainable agriculture and cuisine for over 35 years, Jesse is an advocate for local, sustainable, organic food production and for farmers, whom she warmly refers to as her heroes and considers to be the ﬁrst real environmental pioneers.

Jesse’s work in the food business supports her politics and philosophy and has now expanded from her local community to a national and international audience. She has traveled the world meeting farmers, shopkeepers and families, embracing what is local, sustainable, and discovering traditions that connect us.

The creative force behind ﬁve unique restaurants, including Flea Street Café in Menlo Park and The Cool Café at Stanford University’s Cantor Art Center, Jesse has also authored seven cookbooks as well as numerous articles. She is a much sought-after spokesperson, speaker, teacher and presenter. Jesse spends her free time with her family, children and grandchildren.

Jesse has been involved with Oldways since ﬁrst writing about Oldways’ 1994 International Conference on the Mediterranean Diet for the San Jose Mercury News. She was one of the original Overseers of the Chefs Collaborative, an organization founded by Oldways in 1993. Jesse has been a speaker, journalist, and chef at a number of Oldways events around the world (Beijing, Barcelona, Puglia, Morocco, Puerto Rico as well as many US cities). Now, as a member of the Board of Directors, Jesse brings her passion for real foods, sustainability, and commonsense healthy eating to support Oldways in reaching an ever-broader audience.

She has been an independent voting member of the Oldways Board of Directors since March, 2011.