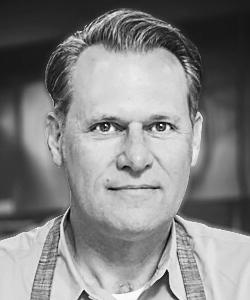 Dan Kish brings over 25 years of culinary experience to his number one passion – Providing Access to Good Food… both in Taste and in Society.  Most recently, Kish has embarked on an independent path to help others who share a “heathy obsession with food”, with his ﬁrm, Food-Fixe.  Rooted in the fundamentals of cooking, enabled by the latest technology, and driven by the mantra of “Access to Good Food”, the Food-Fixe group is a resource for industry innovation and business strategy.

From 2005 until early 2017, Dan Kish held various leadership roles at Panera Bread (SVP of Food, VP of Food, and Director of Product Development). He was responsible for leading the development and innovation of the Panera Bread cafe menu including sandwiches, salads, soups, and beverages. Kish also played an integral role on Panera’s Food Action Team, which lead eﬀorts on clean ingredients, transparency, and having a positive impact on the food system.

Previous to his time with Panera, Kish served as the Associate Dean for Culinary Fundamentals at the Culinary Institute of America, Hyde Park, and as a faculty member. Kish also served as a professor at Indiana University of Pennsylvania.

Kish’s lifelong curiosity and love of food led him to study at the Culinary Institute of America, where he graduated with honors. He has worked around the USA and in Chambéry, France, traveled and studied many global food cultures, edited thousands of recipes and has appeared on Good Morning America, Food Network, the View and FOX & Friends as well as in publications, including The New York Times, The Wall Street Journal, Cooking Light and Martha Stewart Living.