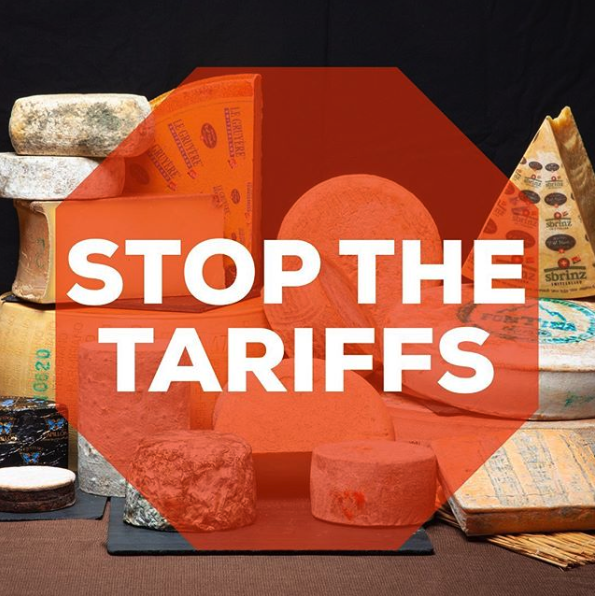 The Oldways Cheese Coalition has prepared these answers in response to questions about the tariﬀs announced by the Oﬃce of United States Trade Representative (USTR). These tariﬀs are misdirected and will negatively impact small businesses in the United States and American consumers, in retaliation for matters relating to civil aviation, not agriculture.

What are the trade tariﬀs?

The US and the EU are currently in a trade dispute on matters of civil aviation. The US is accusing some EU countries of illegally giving tax breaks and incentives to the airplane company AirBus. In retaliation, the US announced extra tariﬀs for European products, including cheese, olives, liquors, and many other food items. See the list of products that have been targeted.

Will the trade tariﬀs aﬀect cheese?

What is the OCC doing in response to the tariﬀs?

We alerted our members and followers to submit their comments to the USTR, and provided materials for them to do so.

The OCC is working with allies in the food industry to understand the impact these tariﬀs will have for consumers.