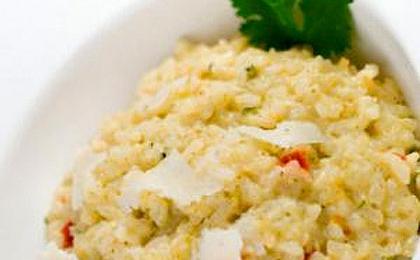 This recipe combines the health of sprouted brown rice with the creaminess of a good risotto. If you thought you could only make good risotto from white rice, this is the recipe to try.

Use this as your main, base recipe for making bread and rolls from sprouted wheat ﬂour – then add poppy seeds, herbs, chopped sun-dried tomatoes, or chopped olives for variation. One recipe; many ﬂavors.

The delicious coconut taste makes these waﬄes something special.... 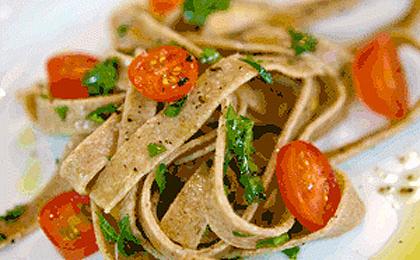 Sprouted Linguini with Tomatoes and Herbs

Sprouted wheat ﬂour makes wonderful fresh pasta – or you can buy sprouted ﬂour pasta, ready-made. Either way, this recipe will remind you of how a delicious dish can be created with just a few fresh, whole ingredients. 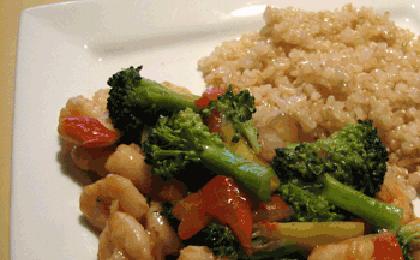 Forty-one breast-feeding Japanese mothers were randomly divided into two groups, one eating white rice and the other sprouted brown rice, for two weeks.  When psychological and immune tests were administered to both groups, the sprouted brown rice group was found to have decreased scores of depression, anger-hostility, and fatigue, and a signiﬁcant increase in s-igA levels, indicating better immune system function.
European Journal of Nutrition, October 2007; 46(7):391-6. Epub 2007 Sep 20.

Fatty liver disease, like alcohol-induced cyrrhosis, can lead to terminal liver failure, and it’s increasing, as it often goes hand in hand with type 2 diabetes. Korean researchers found that buckwheat sprouted for 48 hours developed “potent anti-fatty liver activities” that signiﬁcantly reduced fatty liver in mice after 8 weeks. Scientists found that sprouting the buckwheat increased the concentration of rutin tenfold, and also increased quercitin, both of which are known for their anti-inﬂammatory eﬀects.
Phytomedicine, August 2007; 14(7-8):563-7. Epub 2007 Jun 29.

Sprouting rye increases its folate content by 1.7- to 3.8-fold, depending on germination temperature, according to researchers in Finland who studied the eﬀects of diﬀerent processes on this key nutrient. The scientists also found that thermal treatments – including extrusion, puﬃng, and toasting – resulted in signiﬁcant folate losses. However, when the rye was germinated (sprouted) ﬁrst and then heat-processed, losses were minimized, showing sprouting to be a useful potential tool in safeguarding nutrients during food processing.
The Journal of Agriculture and Food Chemistry, December 13, 2006; 54(25):9522-8.