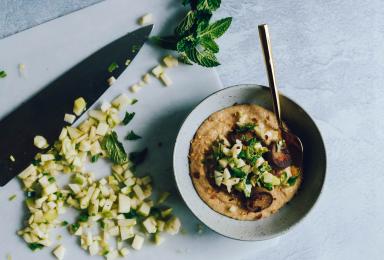 Cheese grits are one of the great southern comfort foods. Naturally, we’re putting a whole-grain twist on this creamy, dreamy classic.... 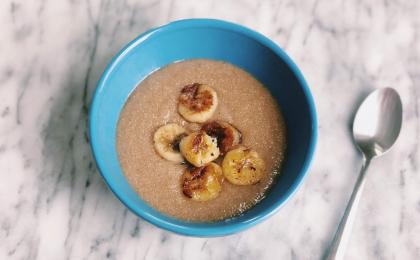 Amaranth has a peppery ﬂavor that works beautifully with warming chai spices. Caramelized bananas add a decadent, yet simple touch.... 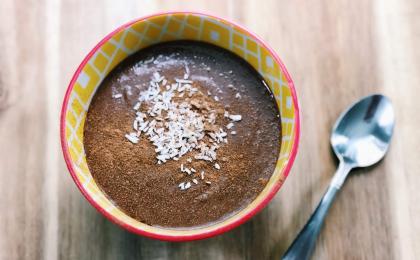 Amaranth has a peppery ﬂavor that perks up this Aztec inspired, spiced cocoa porridge.... 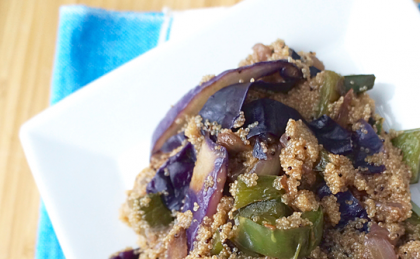 Amaranth with Peppers and Cabbage

This Latin American Heritage dish is a delicious way to utlize cabbage, one of our favorite winter vegetables. The mild heat from the poblano peppers perfectly complements the peppery amaranth grains, but feel free to substitute bell peppers if you prefer.

Amaranth is a tiny grain that is often eaten popped, like popcorn, and is thought to have cholesterol lowering properties. To study this cholesterol lowering process, researchers in New Zealand fed 27 rabbits a high cholesterol diet or standard diet, and then gave some of the rabbits in the high cholesterol group popped amaranth. The scientists found that eating amaranth restored endothelial function (blood vessel health) to “nearly normal” during the 21-day recovery, and also substantially lowered total cholesterol and LDL (“bad”) cholesterol.
Food & Function. 2014 Nov 19;5(12):3281-6. (Caselato-Sousa V M et al.).

In a study in Mexico, researchers sprouted amaranth at diﬀerent conditions to see which would maximize antioxidant activity. The scientists found that sprouting was able to increase antioxidant activity (300-470%), total phenolic content (829%), and ﬂavonoid content (213%), and that the ideal time and temperature for sprouting amaranth was 30 degrees C for 78 hours. Additionally, protein and ﬁber content also showed increases from sprouting.
Plant Foods For Human Nutrition. 2014 Sep;69(3):196-202 (Perales-Sanchez JX et al.) 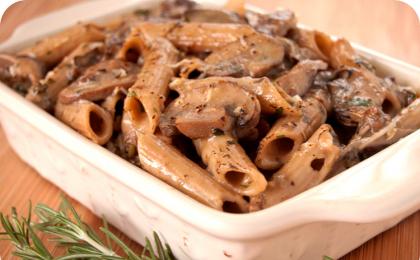 This hearty gluten-free vegan meal is loaded with all kinds of mushrooms and layers of fabulous ﬂavors.  The ideal comfort food for a chilly night!

Health Through Heritage with Whole Grains in India

Scientists at Columbia University and Stanford collaborated to reﬂect on the association between rapidly rising rates of type 2 diabetes and cardiovascular disease in India, and the adoption of reﬁned carbohydrates – especially white rice and white ﬂour – in that country. They advocated re-introduction of whole grains commonly consumed before 1950, including amaranth, barley, brown rice, millet, and sorghum, as a way to stem chronic disease in culturally-sensitive ways.
Nutrition Reviews, August 2011; 69(8):479-488

Many gluten-free products are low in nutrients, and oﬀer technological challenges to food processors. Scientists at the Research Center for Food and Development in Hermosillo, Mexico, experimented with amaranth, a food with a long culinary tradition in Mexico. They found that bread formulation with 60-70% popped amaranth ﬂour and 30-40% raw amaranth ﬂour produced loaves with an even crumb and higher volume than most gluten-free breads, and that cookies formulated with 20% popped amaranth ﬂour and 13% whole grain popped amaranth also worked out well. Both foods oﬀered acceptible dough functionality without some of the additives often needed in GF foods, and the ﬁnal foods had a very high nutritional value.
Plant Foods for Human Nutrition, August 24, 2010 [Epub ahead of print] 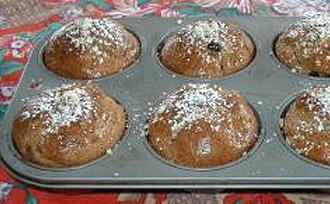 The spicy bite of crystallized ginger pairs perfectly with the faintly peppery taste of amaranth in these gluten-free muﬃns. For the best results when making gluten-free breads and muﬃns, start with a blend of ﬂours and starches like the mix of amaranth ﬂour, potato starch, and... 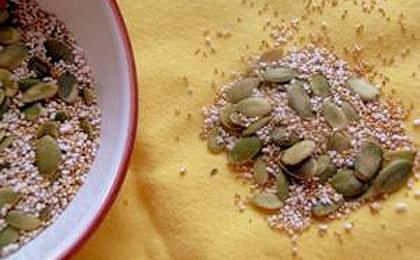 Here is a crunchy topping made by popping amaranth and tossing it with pumpkin seeds and spices. It’s great scattered on stews and green salads. Choose a heavy-bottomed pot about 4 inches deep to prevent the popping amaranth from going AWOL. 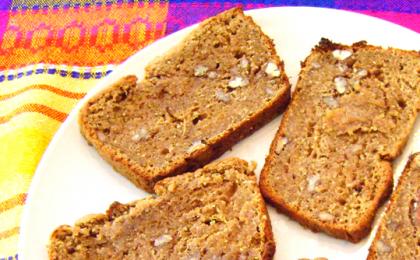 This rich, dense, wholesome quickbread is delicious for breakfast and makes a wonderful snack any time of the day. It’s also a great way to use up any leftover cooked amaranth – and those slightly too-ripe bananas!