Wine & Health: A Trip to Piedmonte, Italy (Part One)

Boston was shivering in the middle of a long cold snap when colleagues and friends heard we were heading to Italy for a conference on February 3rd.  Almost uniformly they said, “Oh how lucky, you’ll be warm.” Al contrario, we were heading to the town of Grinzane Cavour, just south of Alba, in the beautiful region of Piedmonte.  Although tempted to dream of warm weather, we knew we were heading to the heart of where the 2006 Winter Olympic Games were held.  And sure enough – Grinzane Cavour, 100 kilometers southeast of Turin, is ringed by magniﬁcent, soaring snow-capped Alps. Piedmonte lived up to all its accolades. 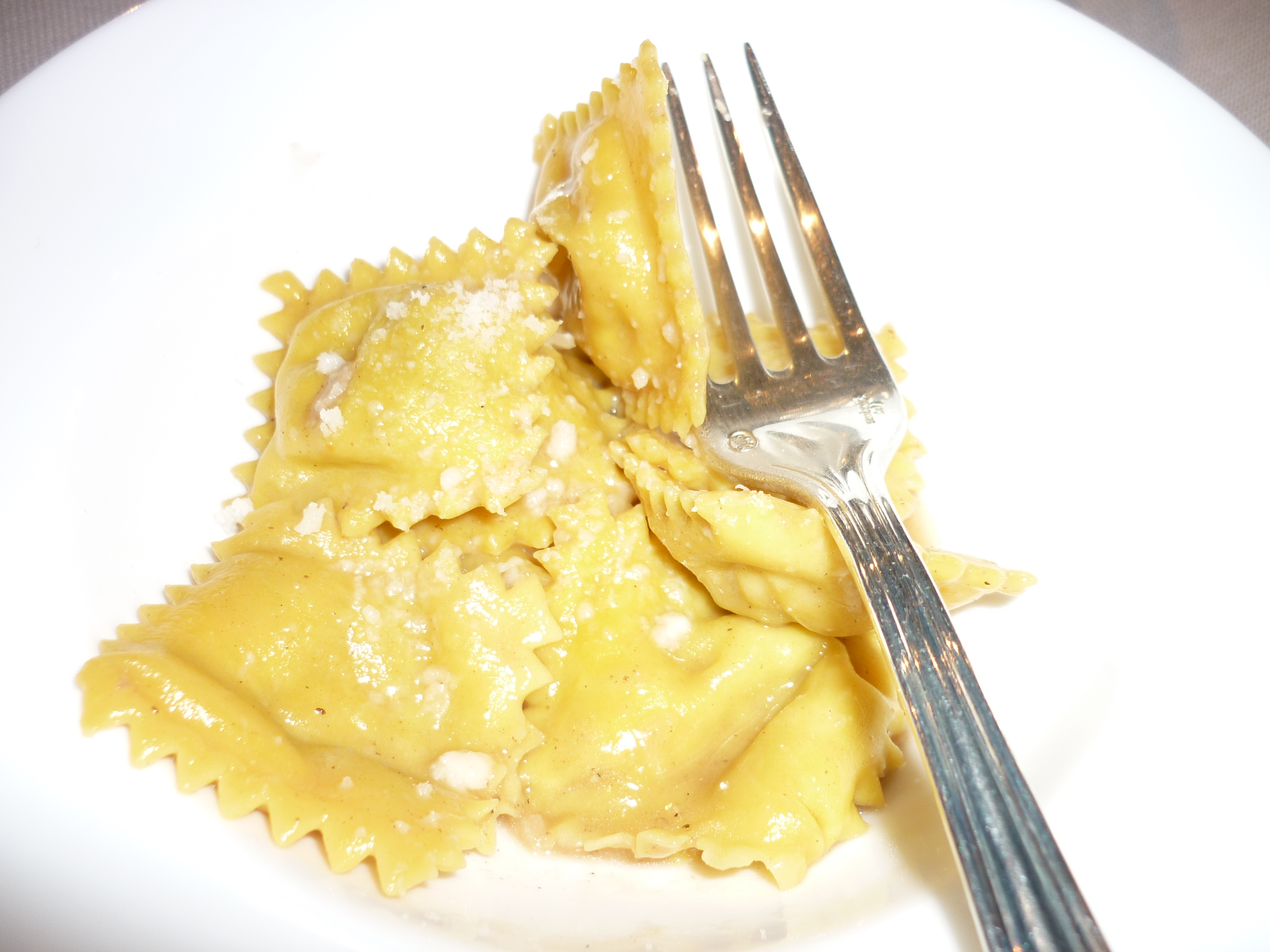 We were welcomed to our hotel, Casa Pavesi, a beautifully and comfortably restored palazzo into a 12-room hotel by Daniela Viberti, who whisked us oﬀ to lunch in Alba.  Over a lunch of velvety charcuterie, plump ravioli with butter and sage, and a glass of inky Barolo, Daniela told us about her family’s wineries, E. Pira & Figli. She also previewed us about her work at the Castello Grinzane, the site of our conference (more about the castle later). After lunch we took a passeggiata through the lovely old town of Alba, people-watching, visiting a very ancient church, and peeping into store windows, going into one of them to buy a camera.  It was so wonderful to be back enjoying one of Italy’s beautiful towns again! 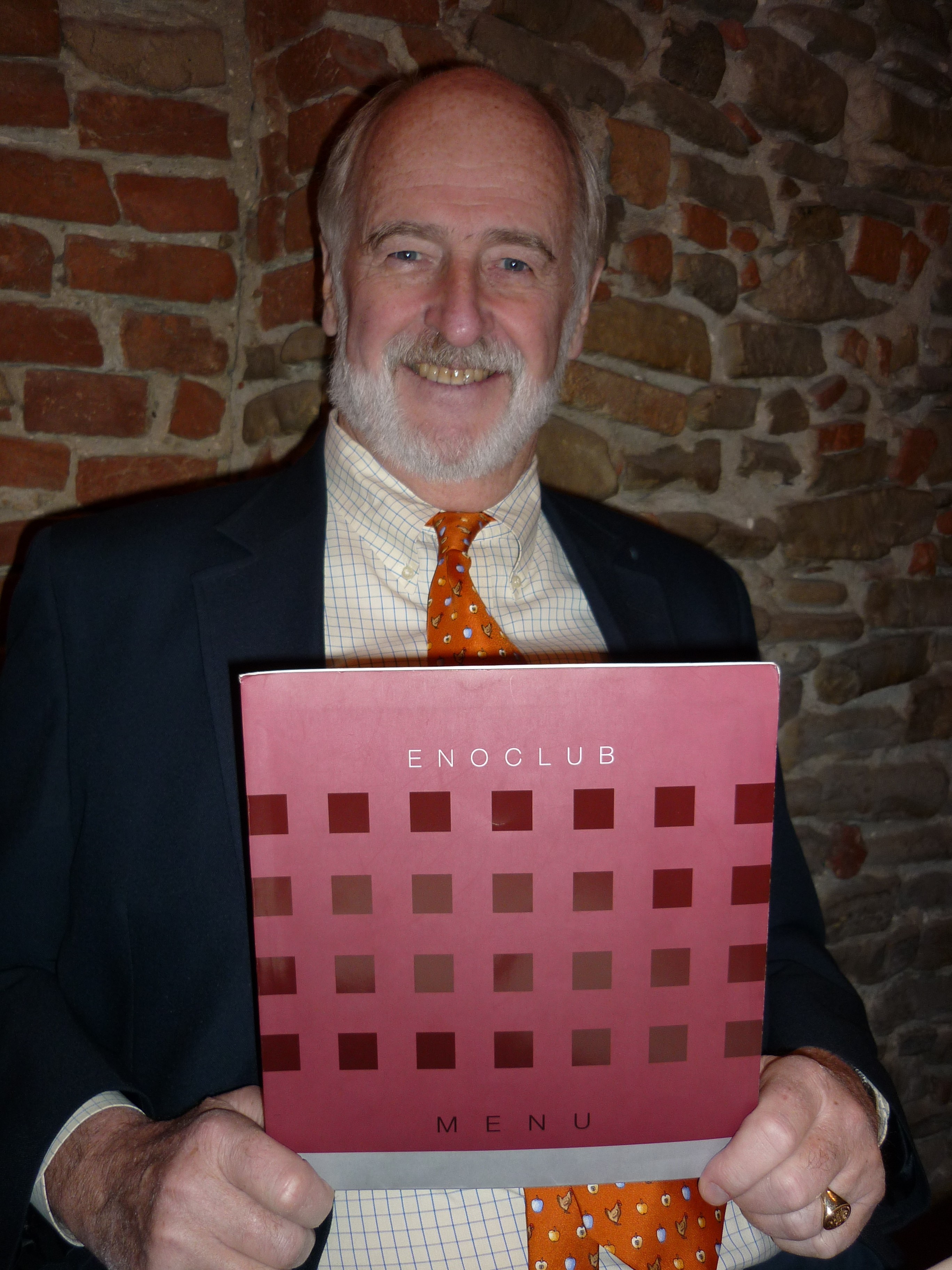 After some afternoon work and a small nap, we enjoyed another wonderful meal in Alba – a dinner in the wine cellar of Enoclub.  Our host and organizer of our conference, Attilio Giaocosa, a native of Piedmonte, (his uncle is Bruno Giaocosa, proprietor of wonderful Bruno Giacosa Winery in Neive) is also a practicing physician, cancer researcher, and co-author with his wife and colleague, Mariangela Rondanelli of the recently published book, La Verita Sul Vino. Attillio and Mariangela had worked closely with The National Observatory for the Conscious Wine Consumption, a new association headquartered at the Castello Grinzane to organize the conference we were attending, also called The Truth About Wine (La Verita sul Vino)! 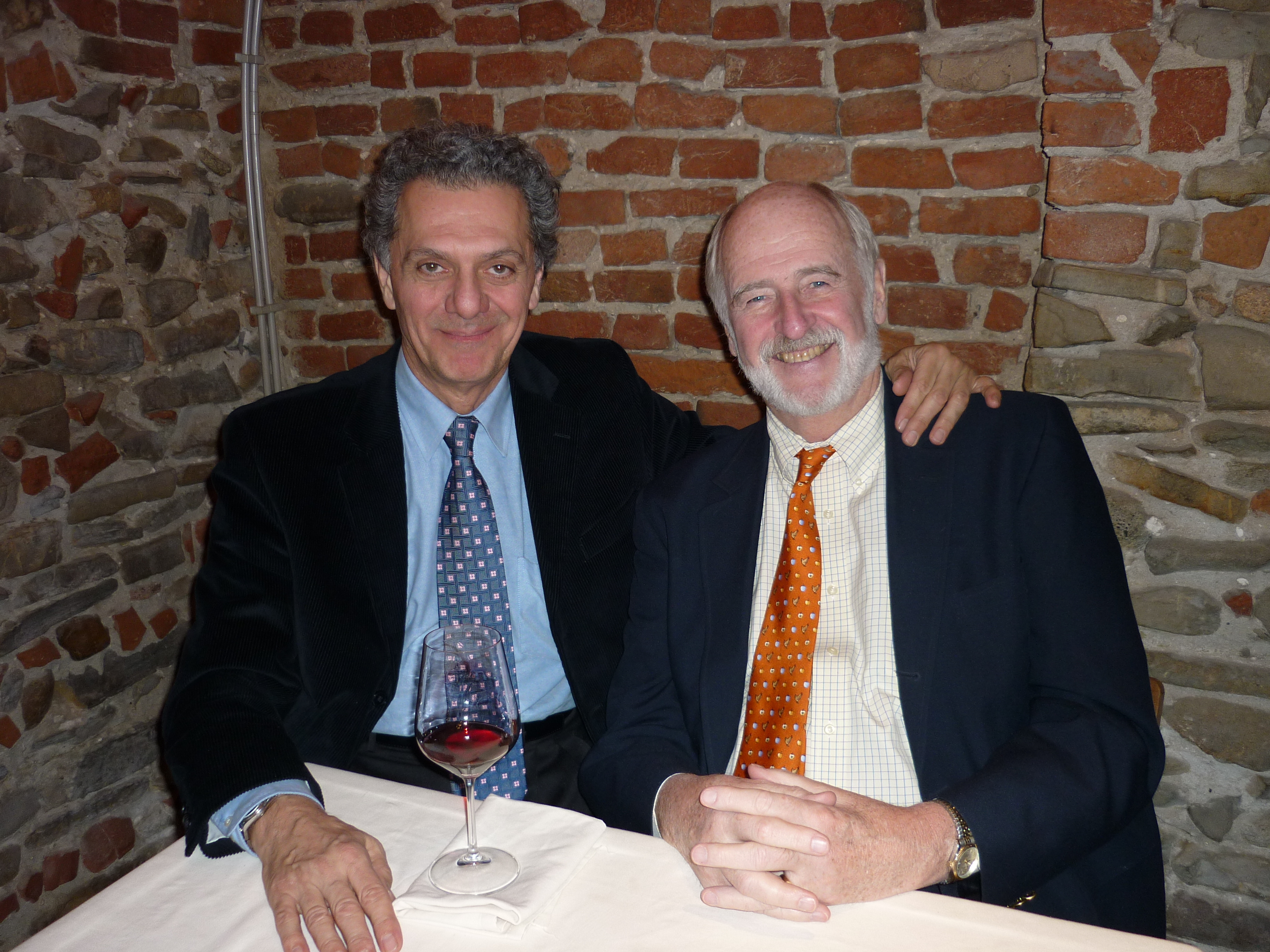 They assembled an outstanding, high-level group of nutrition and agricultural scientists, NGO leaders, policy makers and government oﬃcials for this meeting.  Its purposes were to survey the current scientiﬁc evidence on the health beneﬁts and pleasures of moderate wine drinking, and to craft a Consensus Statement on “The Truth About Wine” based on that evidence. 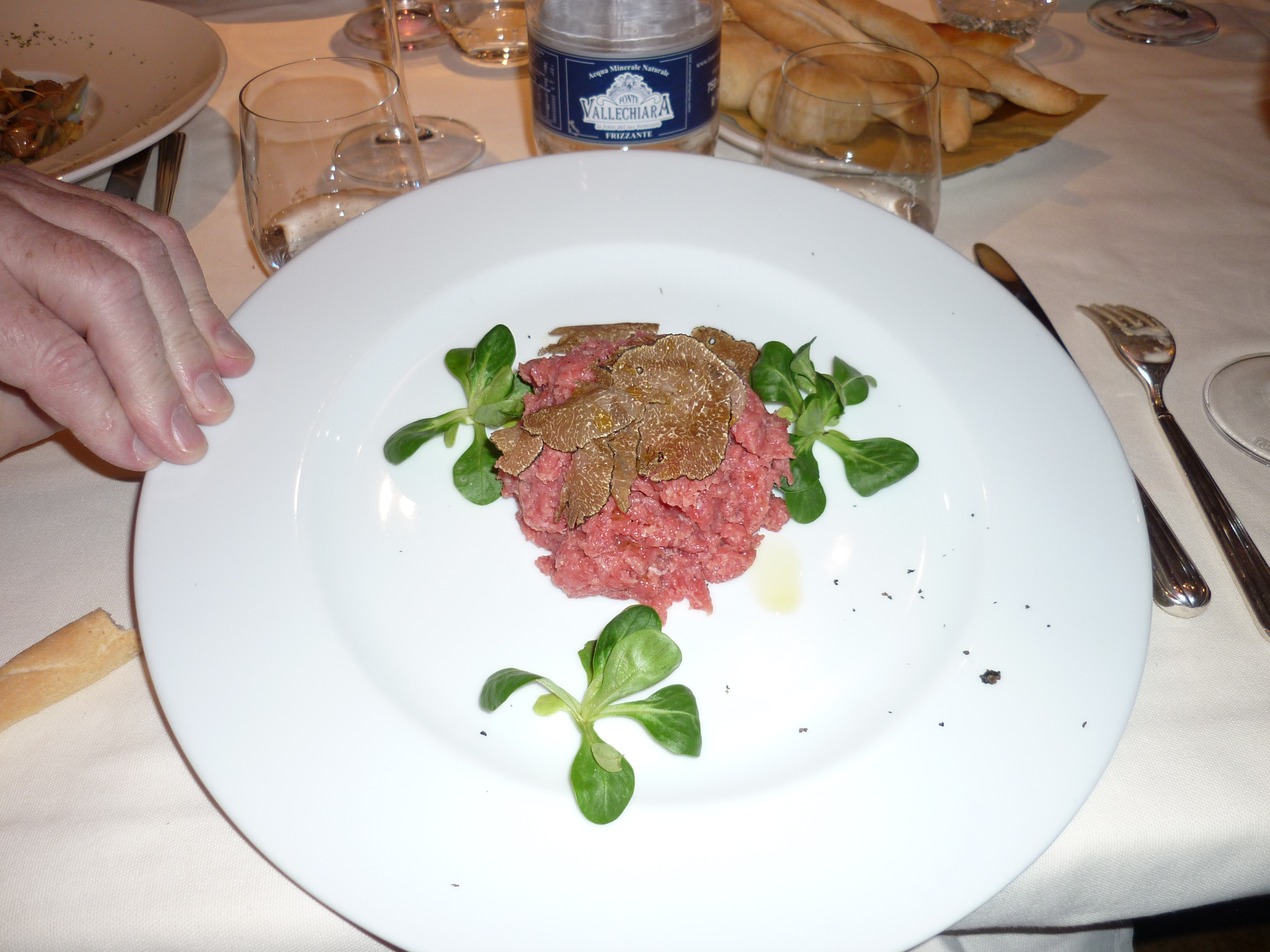 But back to the ﬁrst night’s dinner!  This meal was a harbinger.  Attilio advised us on the dishes that were special to the place, to the terroir.  He said, we must order carne cruda, very lean raw veal chopped very ﬁnely and with no visible fat. We did, which was fabulous, even for Sara – a gastronome who had always avoided steak tartare. Second, Attilio urged us to try the pasta of region, sauced this time with a local ragu, thick and rich.  It was heavenly.  Plus, we shared the cave with a wild group of singing salespeople from the UK! Stay tuned next week for Part Two!  — Sara and Dun PS. Learn more about Wine & Health on the Oldways website