What To Eat in France: Fondue 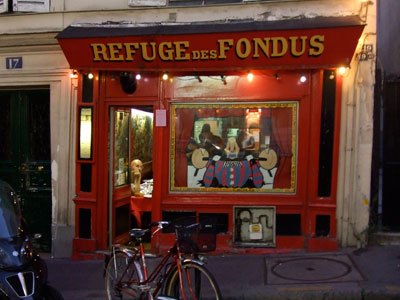 Over the course of the semester I spent in Paris during my sophomore year of college, I ate some pretty spectacular things. One of my ﬁrst meals was un cidre et un galette, a delicious meal traditional to the northern regions of France, Brittany and Normandy. Fittingly, one of my last meals in Paris was another traditional French treat: fondue. As a farewell to the wonderful city where we had all spent the last 4 months, a group of about 20 of us from the NYU in Paris program gathered at Refuge des Fondus, a tiny restaurant in Montmartre ﬁlled with communal tables, where waiters crawl over patrons to serve drinks, and the walls are covered in graﬃti. For 15 Euros, diners are welcome to enjoy their ﬁll of bread dipped in cheese, meat and potatoes cooked in oil, and the strangest part: wine served in baby bottles. No one seems to know the reason behind this, but it certainly makes for a funny story – especially if you sneak your bottle out of the restaurant in your purse after dinner… 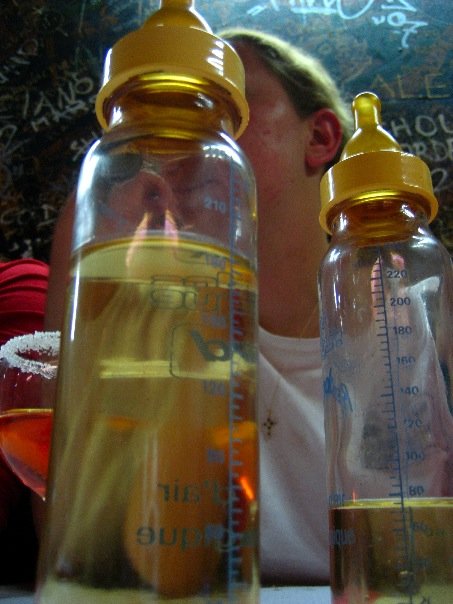 Fondue is actually originally a tradition of Switzerland, though the word comes from the French verb fondre, to melt, and its past participle, fondu, meaning melted. Typically, fondue involves dipping chunks of bread into melted cheese, which is being kept hot over a small ﬂame called a rechaud. The type of cheese varies, but when served in France it is usually Emmental or Comté. At Le Refuge, we also enjoyed Fondue Bourguignonne, pieces of meat dunked in hot oil until cooked, with various sauces on the side. Like with other forms of communal dining, there is a certain etiquette for fondue eating. It’s considered rude to let your lips or tongue touch the dipping fork.  The double-dipping rule is strictly observed, and when someone drops a piece of meat or bread into the pot, their punishment is determined by gender – a male oﬀender must buy a bottle of wine, and a female must kiss the man to her left.  It’s a good thing I was sitting with all girls, because keeping a slippery piece of steak on a tiny fork is harder than it looks! 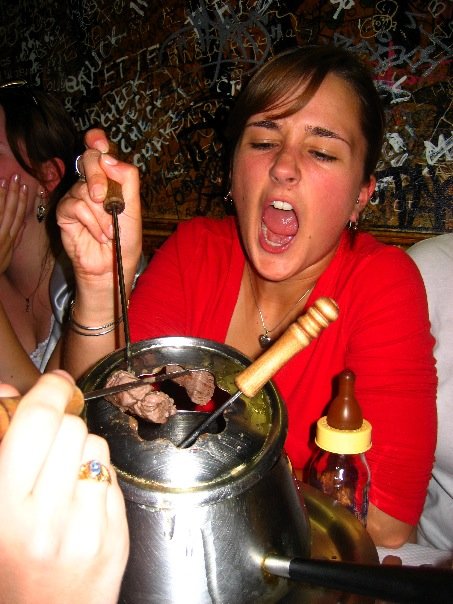