What do Oldways and the show Jersey Shore have in common? 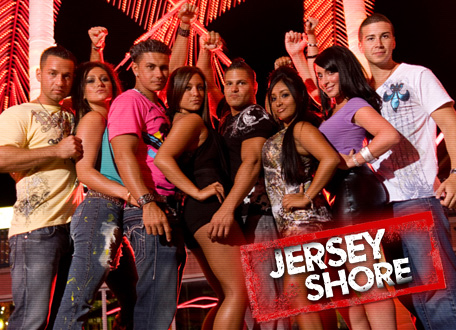 OK, let’s just be honest about this: many of you reading this now will be tuning in to MTV to watch “Jersey Shore” tonight. That’s okay, there’s no need to be embarrassed here. Last week, 5.25 million people watched the Season 2 premiere, so you’re deﬁnitely not alone. For anyone who doesn’t know, “Jersey Shore” is a controversial but extremely popular reality show that follows eight Italian-American housemates spending their summer on the Jersey Shore (although this season, they moved to Miami. This obviously does not make any sense, but then again, neither do a lot of things aired on MTV). These self-described “guidos” and “guidettes” spend a lot of time tanning, bickering and oﬀending a lot of people. It’s just the way they roll. So what does this have to do with Oldways? A lot more than you think. Unlike most MTV reality shows, the cast of “Jersey Shore” actually spends quite a bit of time cooking. The number one chef, Mike “The Situation” Sorrentino, especially enjoys serving up all kinds of delicious dishes for his roommates. He might not be the smartest guy on TV, but he could certainly beat me in a cook-oﬀ. 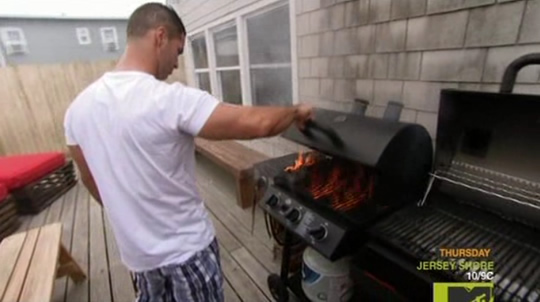 (picture via Eat Me Daily) 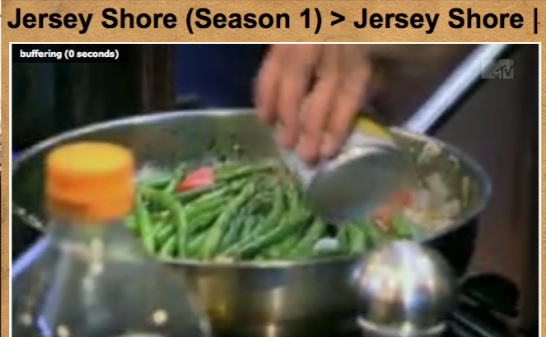 One of the most notable occasions was during the New Year’s episode, in which The Situation and his male roommates decide to make an “unbelievable” dinner. “There’s going to be a feast on the dinner table, but The Situation has got it under control,” he says. He’s not kidding; the dinner he ends up making consists of lobster, steak, asparagus, grilled corn and salad.  Kudos to him for making such an elaborate meal. Of course, he started plenty of drama afterwards by refusing to clean up, but that’s a diﬀerent story. For those of you who feel inspired by the Jersey Shore’s kitchen feats, here’s a delicious and HEALTHY (no Ron-Ron Juice allowed) Italian recipe for Spaghetti Al Tonno that The Situation and friends would approve of – it comes from our friend and intern Alessandro:

Boil pasta according to directions.  Preheat the olive oil with the garlic in a pan over medium heat. Add the tomato sauce and stir gently, then add (in this order and stirring at the same time): sugar, olives, tuna, oregano, capers, salt and pepper.  Cook over medium heat, stirring frequently for around 25 minutes until the sauce is hot and the pasta is ready to be drained. Mix the cooked pasta with the sauce and add crushed red pepper to taste and some olive oil over the ﬁnal served dish. Note: This pasta recipe does not go with Parmesan cheese. Mmm, Bon Appetit!  Be sure to check out www.oldwayspt.org for other Mediterranean and whole grain appetizers and entrees. And ﬁnally, always remember The Situation’s words of wisdom on nutrition:  “If you want to look like someone like the Situation — which is deﬁnitely going to be pretty hard – ah, you need to get that protein in your diet.”