The Timid Chef vs. The Winged Monster 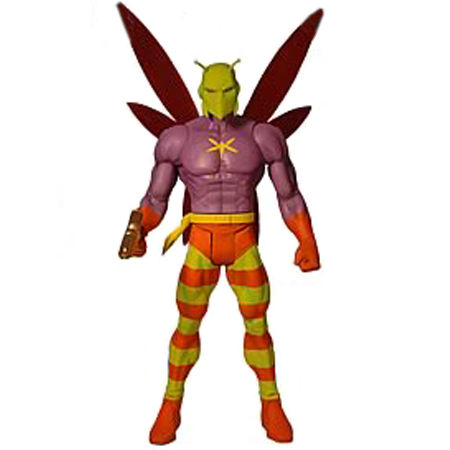 I’d like to tell you a story. *Before I start this tale of woe, let me preface this by saying that even though I’ve been slacking on the Timid Chef blog posts, I have been anything but timid in the kitchen lately. I’ve been spending many a late night blindly wandering around the aisles of my neighborhood grocery store, weeping in the corner because I can’t ﬁnd the almonds and they ran out of those plastic bags for the produce so I have to walk around with an avocado in each hand and WHY are they playing so many songs from the Tears for Fears catalog? Aside from these concerns, I’ve been in the kitchen proudly chopping and boiling and blending things for my family and other unfortunate volunteers/captives. I have ﬁnally mastered the art of sautéing, and I even learned what “minced” meant yesterday. My progress has been on an incline since we last spoke.

This is where my story begins. I arrived back in my thriving hometown on the south shore at a decent hour last night (eight o’clock is early for me) and decided to use this rare amount of extra time to go to the grocery store and try a new quinoa recipe I had found on Cupcake Punk. Upon returning to my home, armed with bags of blueberries, tomatoes, garlic and spinach, I was in good spirits. Everything was going well. I had the house to myself so I decided to put the Sox game on the TV and crank it up. I was whooping and clapping while I cooked, smiling as I washed, drained and returned the quinoa back to the pot to boil. I was “mincing” (see?) the garlic “cloves” (which are diﬀerent than “bulbs” I’ll have you know) and washing spinach like I had been born to hover over a stove. Life was just grand. The bubbling pot of quinoa was at full steam and the aroma was making my stomach growl. I had started to heat a large pan of olive oil and was walking towards one of the cabinets on the other side of the kitchen.

I went to grab a teaspoon when I turned and felt something the size of a small mammal ﬂy into my forehead. SMACK. I stumbled back, and put my hand to my head in a brief moment of confusion. I looked up into the glaring light coming from the ceiling fan, and screamed.

A moth the size of a pterodactyl was looking back at me.

I’m the ﬁrst to admit that I overreact when it comes to insects. We have been enemies ever since I was old enough to feel fear. But I kid you not: this moth could have swooped down, picked me up, and brought me up to his nest on top of the Empire State Building to feed me to his evil moth babies. The wind coming from his wings ﬂapping back and forth had hurricane strength. I ran out of the room squealing like a little girl.

Ellsbury had just made a gravity-defying catch on the TV, and the crowd’s cheers blaring from the speakers were not helping my already scattered thoughts. But I knew one thing was certain: it was either me or the winged freak-of-nature, and it was certainly not going to be me. I could hear the two pots begin to boil over on the stove, and my mind was made. I am a cook, I thought to myself, and real cooks don’t let anything come between them and their next culinary masterpiece!

I went into my brother’s room and grabbed one of his heaviest sneakers. Picking a suitable weapon is key in situations like this. Creeping back to the kitchen on tip-toes, I was in the middle of planning my next move when I peered around the corner and saw the creature perch its mutant body onto the side of the now violently bubbling pot of quinoa. No. Please, no, I thought. Not the quinoa. Take anything you want, but not the quinoa.

The parasite paused for a moment, and I swear, it looked back at me and winked before it sang its swan song and took a nose-dive into the pot and out of this cruel, cruel world.

Maybe thirty seconds went by before my brain regained control of my body. Could have been longer. I can vaguely remember letting out a string of obscenities that would make a sailor blush, and throwing my brother’s shoe at the wall like maybe it would create a hole that I could climb into and live in forever. I ﬁnally mustered up the strength to walk over to the pot that had just been turned into a casket for Supernaturally Oversized Bugs Everywhere and saw my foe ﬂoating on top, wings spread, basking in the golden quinoa that was starting to ﬂuﬀ up around him.

I think it goes without saying what I did next: I threw everything out in a blind rage, picked up the telephone, and ordered a pizza (and proceeded to eat the whole thing). I’m sure cooking snafus happen all the time. Even Julia Child wasn’t perfect when she ﬁrst started out (I love that quote she once said about ﬂipping a pancake onto the counter, “You can just pick it up!”).

However, this Timid Chef will be taking a break from cooking for an undisclosed amount of time. I just can’t bear to slave (slave!) over another meal, knowing there’s a chance that some other kind of mythological creature will just ﬂy in and decide to take its own life in it. So goodbye for now, fellow foodies, and just promise me that you’ll be careful as you make dinner tonight. No kitchen is safe.  — Alison, aka The (former) Timid Chef