The Timid Chef: Don't Call It A Comeback!

Well, actually, you can call it that if you want, I just wanted to involve LL Cool J in this post somehow (ladies love him, or so I’ve heard).

That’s right: the Timid Chef is back in the kitchen and making miracles happen! As some of you may know, I had a very traumatizing experience in the kitchen last September involving quinoa and an ancient creature from the Jurassic period. I was so mentally scarred from the whole ordeal that I declared, right here on this blog, that I would be taking a break from my adventures in cooking. And that’s exactly what I did, until now (as you can see, my dog Cloey fainted upon hearing the news). 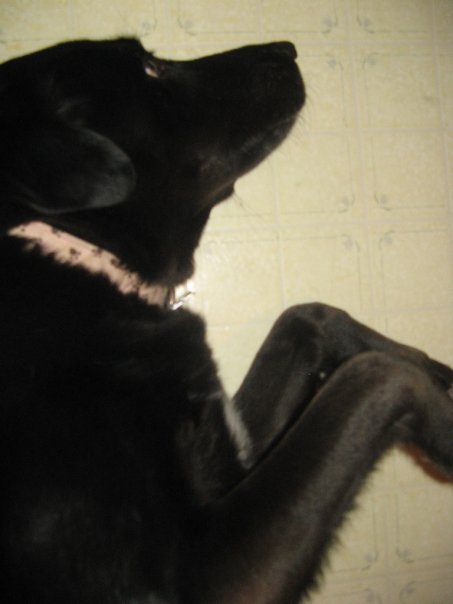 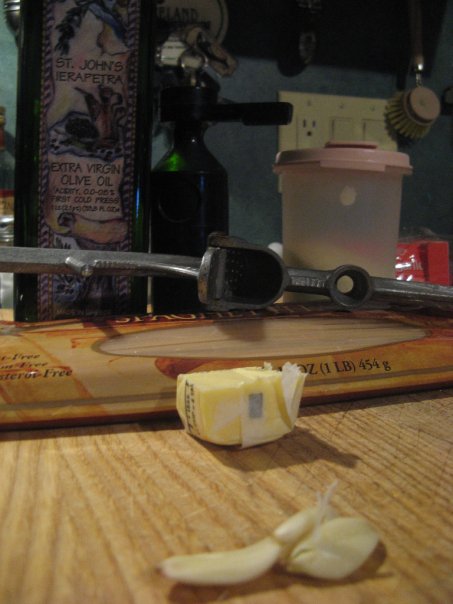 Pictured above is my mise-en-place, a term I heard once on No Reservations (does this mean I’m a chef yet?). What better way to make my triumphant culinary return than to use the recipe of one of my most esteemed colleagues: Oldways Special Project and Event Manager and Person Most Likely to Mock My Lean Cuisines, Sara Talcott. That’s right, this is an original recipe known around here only as the Comfort Food Recipe. 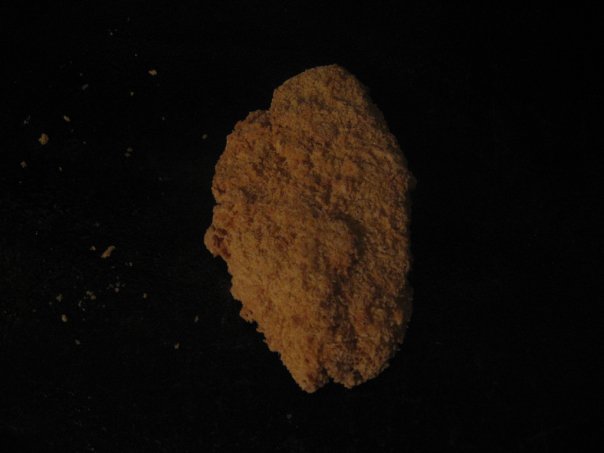 I was ﬁrst instructed to go to Trader Joe’s to pick up their Tilapia Filet, pictured here looking lonely and depressed. I’m not used to waiting for food for long periods of time, so I was mildly alarmed when the directions told me to put this in the oven for 25 minutes! That’s like a whole episode of Jersey Shore! But I took this as a challenge, and told myself that I would time each and every part of this recipe down to the second, a skill that I have yet to master. 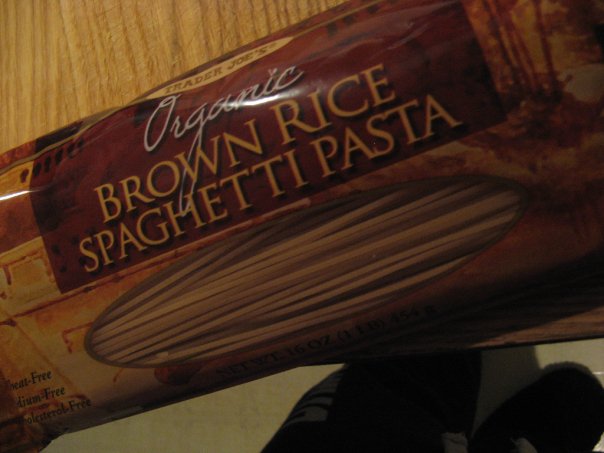 The next step was to boil water for the spaghetti. I’m, like, really good at this part. 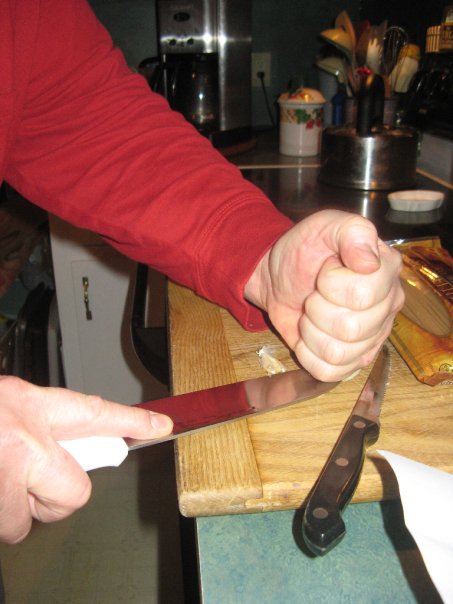 I’m a little wary about saying what happened next, mainly because it’s a bit embarrassing. I was supposed to ready a bowl with unsalted butter, Extra Virgin Olive Oil, freshly ground black pepper, and 2 – 3 crushed cloves of garlic. It was when I tried to add an entire bulb of garlic to the mixture (typical) that my step-dad Tim decided he had to intervene. You can tell by the very manly and strong hands in the picture above that he graciously took the time to teach me what a garlic clove is (much smaller than the bulb as it were) and how to crush it with a wide knife.

And then he introduced me to a garlic press, and my life changed forever. 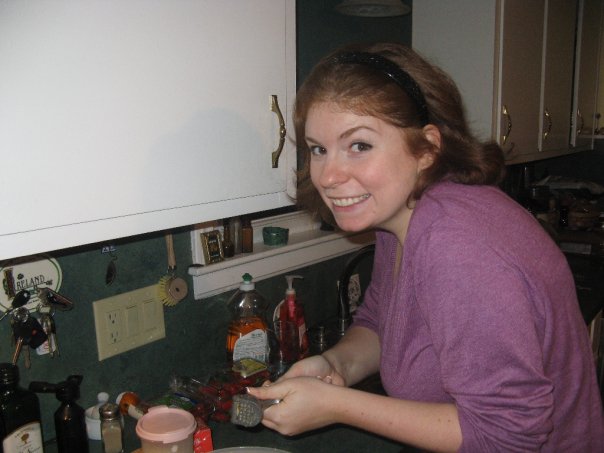 So how much fun are these things? In a matter of minutes, the garlic press became my new favorite kitchen toy. Tim taught me how to get all the excess garlic oﬀ the press with the knife, and even how to clean the press with a toothpick after. I put garlic on everything, so knowing how to use this device will deﬁnitely come in handy during any future recipes I may try to ruin. 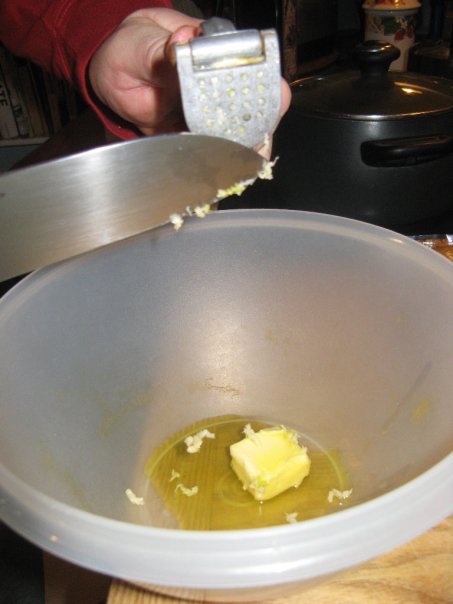 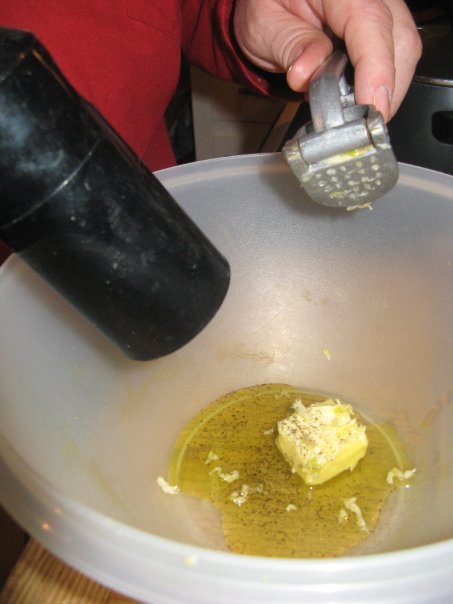 After educating me in the ways of garlic, Tim got a little too drunk on power and instead of adding regular black pepper, he added some kind of pepper to the mix that came out of a large, black, ominous-looking contraption. He would only tell me that he picked it up “somewhere in Europe.” It had a very strong, almost tangy taste that I couldn’t quite place. I was suspicious of his motives, but the damage was already done, and after this sneaky move he was banished from my mise-en-place (I don’t even know if that term works here but I’m trying to get the most out of it). 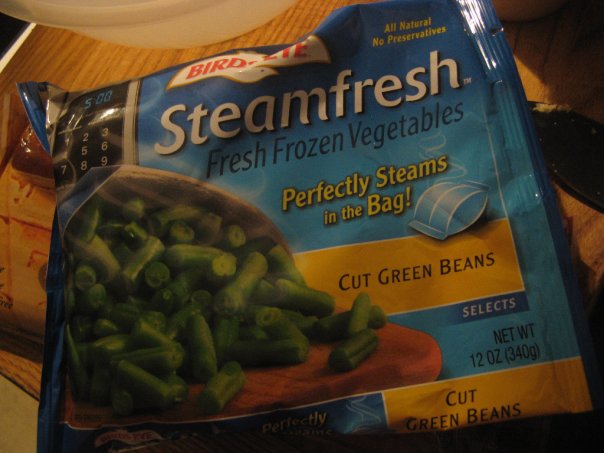 So now that the mixture was mixed, the tilapia was cooking and the spaghetti was boiling, it was time to zap some veggies. For all my other Timid Chefs: you just pop this bag in microwave  for 5 – 10 minutes and voila! The beans are done and ready for eating. They even have little red markers at the top of the bag to show you where to hold onto when you’re opening up the bag so that you don’t burn yourself. I think they might have been thinking of me when they did this, but who’s to say? 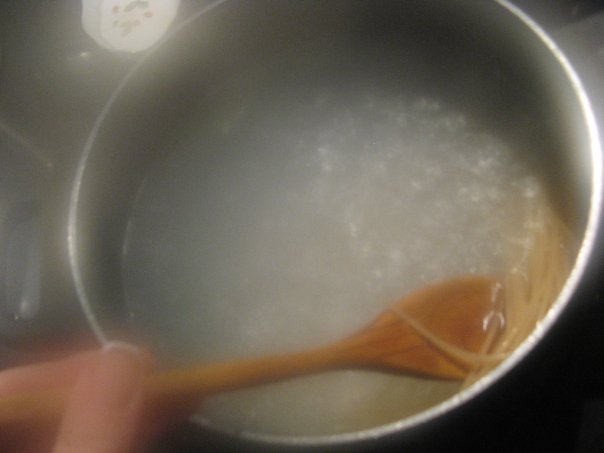 The spaghetti was done, and was ready to be poured into the garlicky, black-pepper-from-the-unknown mixture! Just looking at these pictures is making me hungry. 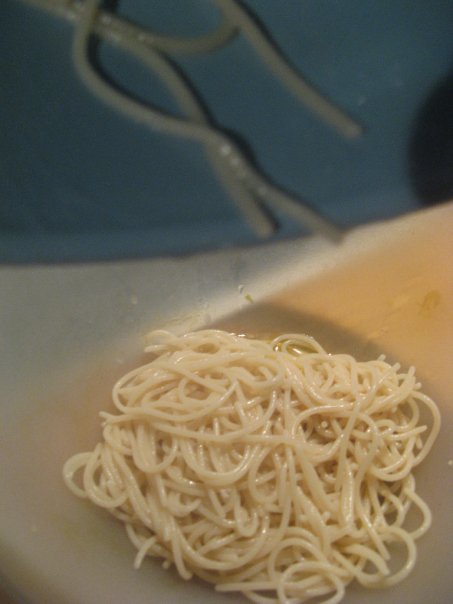 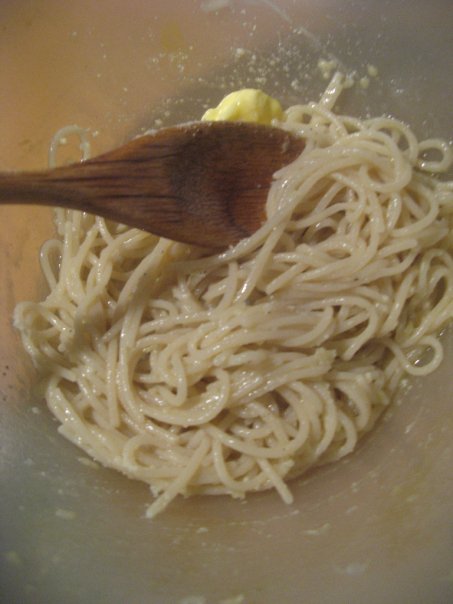 Add some Pecorino Romano cheese to the mix (I only had Parmesan and that worked ﬁne) and you’re done! I am happy to report that I timed everything perfectly for probably the ﬁrst time in my short cooking life! The spaghetti, tilapia ﬁlet, and veggies were all done at the same time, and here’s the ﬁnished product: 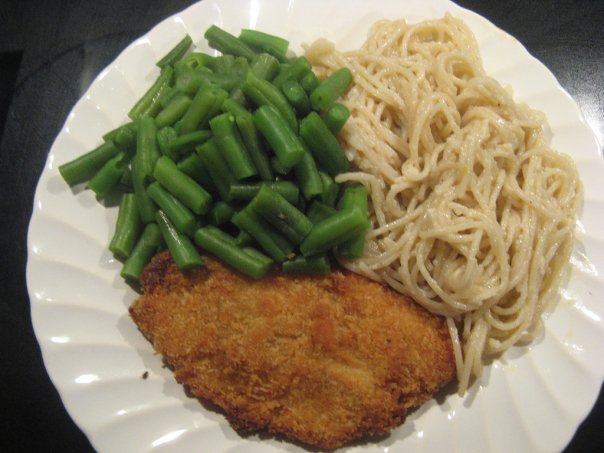 Success! Looking good, right? To say this meal was “comforting” is a vast understatement; it is delicious! I was so happy that my eﬀorts hadn’t been sabotaged by another invader that every bite was like a mini-celebration! Approved by both my mother and my sous chef Tim, I will deﬁnitely be making this meal again and I will certainly keep chugging along on my journey to becoming a perfectly mediocre chef.

- Alison, aka “The Timid Chef”