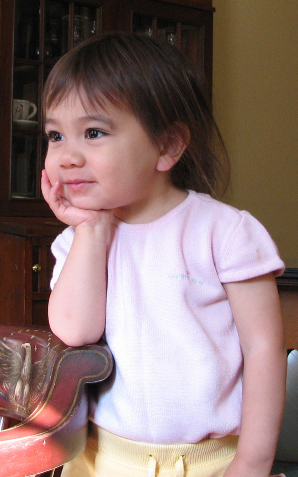 That was the headline yesterday on an article citing new research from Johns Hopkins’ Bloomberg School of Public Health, showing that parents have less impact in shaping their children’s dietary habits than previously thought. I’m not sure whether this is good news or bad news, given the poor example set by many parents. Does this mean the kiddies eat better than Mom and Dad, or worse? Either way, I put it down to the sad demise of cooking and family meals. Children learn to eat a wide variety of foods by watching the people they love enjoy them. This worked ﬁne, traditionally, when kids ate the same foods as their parents, and went hungry if they didn’t care for what was on the menu that night. By trying new foods over and over, kids eventually learn to like them. All too often now, however, each member of the family gets a customized meal that only serves to reinforce his or her existing tastes. This fact was made clear in the Johns Hopkins study, which compared how much of which food groups kids and their parents ate – and found little resemblance between eating patterns in the same family. The researchers surmised that peer inﬂuence and TV were probably stronger than parental inﬂuence. This doesn’t mean that kids can’t learn good eating habits from parents. It just means that most parents have abdicated their responsibility to be the grown-ups and instead give in to every request for the latest food advertised on TV. Am I an outmoded dinosaur (at 57) to believe that this can still work? Maybe not. My daughter restored my faith when she visited with the grand-kids over Memorial Day, and cheerily but consistently refused two year old Holly’s requests for snacks (even healthy stuﬀ like apples and whole grain bread) after the kid failed to eat what we were having for dinner. Holly did not waste away from starvation overnight (see for yourself, she’s in the picture above!), and sure enough, she ate everything put in front of her in the morning.  — Cindy