Once a year, at the annual Readable Feast culinary book festival, Oldways is pleased to sponsor the K. Dun Giﬀord Award. This award, named for Oldways’ founder K. Dun Giﬀord, is given to a New Englander who through some medium of food (author, writer, educator, chef, grower, producer, activist, nutritionist) has positively aﬀected our local foodways. 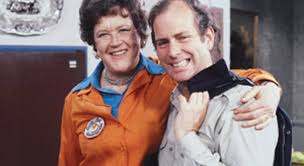 Dun Giﬀord, like our award winners, was a New Englander, and more than 30 years ago, after a career in politics and business, he started the nonproﬁt Oldways to preserve and promote culinary traditions. He founded Oldways with a vision for the future—that people and societies will be healthier, happier and sustainable by embracing the old ways of food—cultural food traditions. The work that he started continues today.

This year’s recipients of the K. Dun Giﬀord Local Hero Award have made a big impact, not just locally, but also on our national and international foodways. Russ and Marian Morash are pioneers in so many ways—through television, gardening, restaurants and cookbooks. You’d have to have been living on the moon not to have felt the impact of their work. Russ and Marian were also winners in Dun’s book—they were two of his best friends. Russ and Marian’s granddaughter Madeleine wrote in an Oldways blog four years ago, ”I’ve always known that my grandparents were cool.” Here is a look back—with thanks to Madeleine—at just how cool Russ and Marian are, and how they made such lasting impacts. 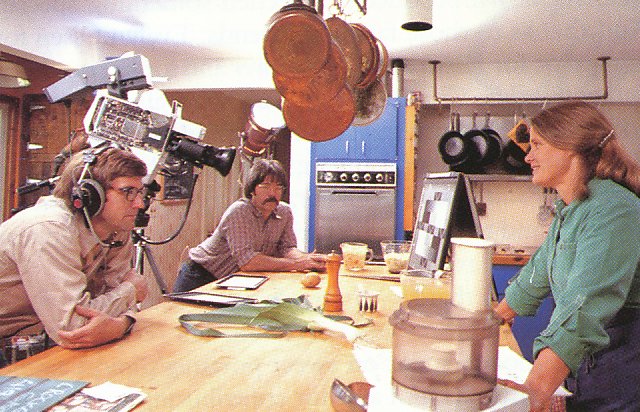 Marian ﬁlms an episode of The Victory Garden

The two both graduated in 1957, and upon graduation, Russell was faced with a big decision. Should he accept a job oﬀer of assistant stage manager for a Samuel Beckett play in New York? Or should he accept a position as a production assistant/cameraman for WGBH TV, a Boston-based public station that sought out Russell for his theater experience? In those days, the TV industry included cameras the size of refrigerators and on-screen talent with no experience performing. Russell was a catch—his background in theater made him desirable for this new ﬁeld. He chose WGBH, likely due in part to the fact that if he stayed in Boston, he could continue his love aﬀair with Marian (which became a marriage in 1958).

Russ went on to produce and direct a number of television programs for WGBH, beginning his career with science programs and children’s shows like Science Reporter and Ruth Ann’s Camp. He went on to specialize in DIY programming, including shows such as The French Chef with Julia Child, The Victory Garden, This Old House, and The New Yankee Workshop, among others.

Often called “the founding father of how-to television,” Russ believed that the world could beneﬁt from instructional programs teaching people how to improve their lives, from growing and cooking vegetables to building and ﬁxing furniture in their homes. The public was incredibly receptive to these programs at the time, and his shows kick-started an entire industry, one that prevails today with the hundreds of cooking shows and home improvement shows still on both public and cable TV. He’s won countless Emmys, and the satisfaction that his legacy continues.

Marian wasn’t always comfortable in the kitchen. It was only when Russ began working on The French Chef with Julia Child in 1963 that Marian ﬁrst started cooking. Russ would bring home leftover food from the show and instructions from Julia on how to prepare and cook it. Suddenly, Marian went from cooking her usual tuna ﬁsh casserole to preparing things like whole goose stuﬀed with prunes that were stuﬀed with foie gras. This marked the beginning of her successful cooking career as a television cook, cookbook author, and restaurant chef.

The same year that Marian began cooking on The Victory Garden, she and her friend Susan Mayer were approached by Jock and Laine Giﬀord, friends of theirs who wanted to start a restaurant on the island of Nantucket. The restaurant would not be a professional kitchen, but rather a place that would serve the simple and delicious food Marian and Susan prepared at dinner parties, which Jock and Laine often attended.

Marian agreed to give it a try, and the restaurant opened in 1976. She went on to run Straight Wharf Restaurant for 11 years and received the James Beard Who’s Who of Food and Beverage in America Award in 1984. For a period of time, Straight Wharf had an all-women kitchen, aside from a young man who shucked oysters. This was unusual for a restaurant in those days—Chef Marian deﬁed the norm and proved just how successful a woman head chef could be.

Russ and Marian: We celebrate you individually and together. Thank you, Russ and Marian, from all of us.  And of course, Dun loved every minute he spent with you. 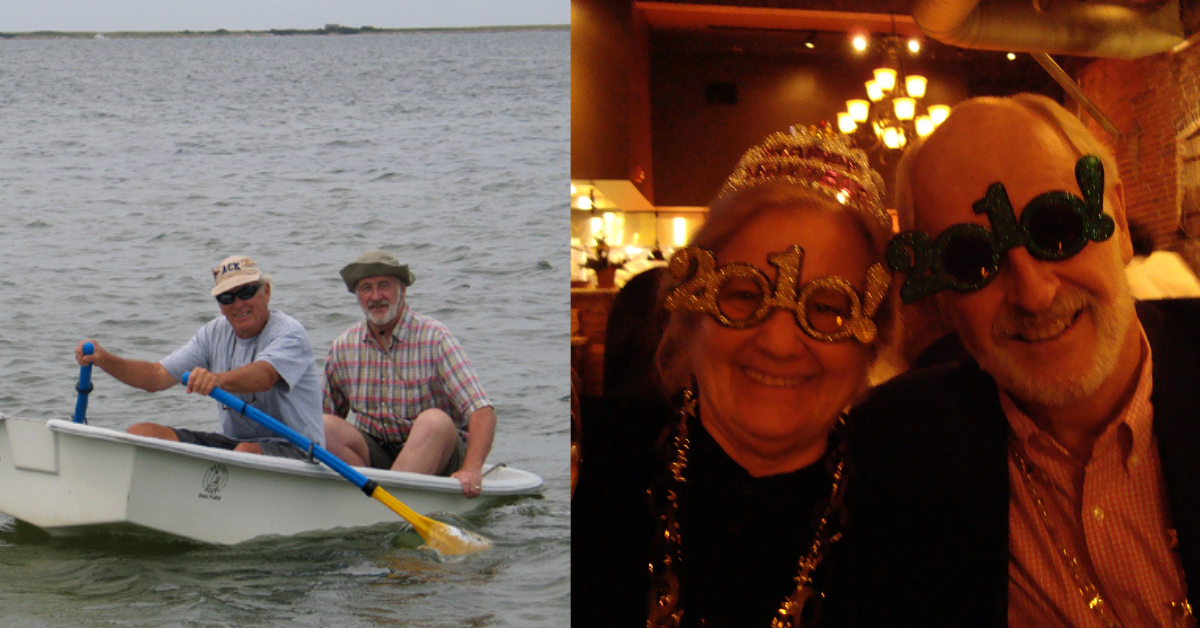 Dun Giﬀord with Russ Morash, and Dun with Marian Morash

Eleanor Beal
My copy of the Victory Garden cookbook is battered and stained and continues to be used and enjoyed. As a young bride in the early 60’s, I didn’t know how to fry an egg, make coffee, fry bacon or anything else. It was pretty grim. But your cookbook was one of my first purchases and opened a new world of food and the pleasure of well made, nutritious and healthy meals. Now I have a very large cookbook collection and yours continues to be well used. Thank you so much.
Kay Klepfer
The Victory Garden Cookbook has been a cooking bible to me and just today, my daughter, that lives in the UK, requested recipes for parsnips. Marian, went to your cookbook only for her to say, you told me about this and I did buy it here and THANK YOU! I have been stale in my cooking and your carrot soup yesterday with ginger and orange juice, they loved it! Not sure , I think I made that up or did you? So, now, dusted your book off her shelf, she has Marian on her side and these guys just might eat their veggies! ❤️
catherine austin
Every summer I make corn salad from the Victory Garden Ckbk. I also adapted the crepe recipe to cook in my arepa maker. Thank you Chef Marian