Restaurant of the Week: TW Foods

It’s a blessing of the Olympian gods to have a really, really good restaurant just down the street where you live, a place that’s small enough to feel intimate, even clubby, but with true skills, real imagination, and international experience in its brain trust in the front of the house and in its hands in the kitchen. I’m one of the lucky ones who has such a place near me, in West Cambridge.  It’s called TW Foods, and though TW are the chef’s initials, his and his wife’s (she handles the front of the house) regulars know its secret meaning is Truly Wonderful Foods.  They are Tim and Bronwyn Wiechmann. 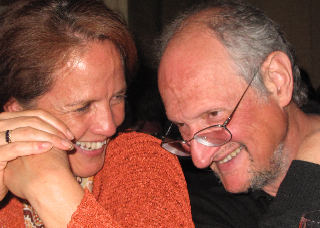 The other night we were there with another couple, both gastronomes like us but, unlike us, professors at the Harvard School of Public Health.  We have searched out terriﬁc restaurants with them in dozens of countries, most of the time with great successes.  One of our repeats is TW Foods, because of its consistent skills in the kitchen arts, its bold wine pairings, its attentive service, its devotion to featuring local and seasonal foods, and the compelling combinations of continental and American ﬂavors, tastes and preparations. We four are big fans of Australian and New Zealand wines, so we signed up early for the four-course menu with wine pairings from these wine-crazy nations, and to see what dishes Tim and Bronwyn had dreamed up. 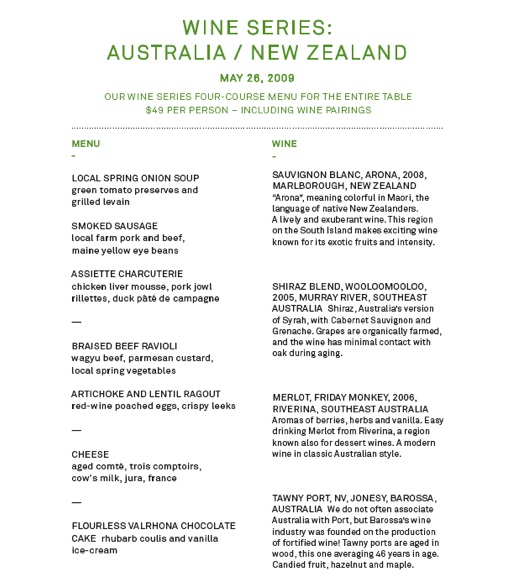 I am more than a little bit crazed by charcuterie, and since Tim is a specialist in making and/or sourcing it, his oﬀerings are always a draw.  The Assiette Charcuterie was just splendid, with great contrasts among the three oﬀerings, and the strong tastes we devotees look for.  And how about that wine Bronwyn and he chose from the Murray River in Southeast Australia – Wooloomooloo!  What fun to say the word!  And what a bonus to ﬁnd the wine at the cutting edge, made with only small contact with oak. Look over the short menu for yourself, and you’ll see why gastronomes ﬂood to TW Foods – a surprise always awaits, and the surprises are always delicious!  — Dun