“Crazed Dog Terrorizes Neighborhood” says the headline, but when you read the story you learn that one small puppy nipped a child who pulled its tail too hard. “Mayor Caught with Pot” reads a “clever” caption, but the photo simply shows Hizzoner carrying a chicken casserole on his way to a potluck dinner. We’ve all been fooled by misleading headlines, and several similar ones that resonated throughout the food world this week were no exception. 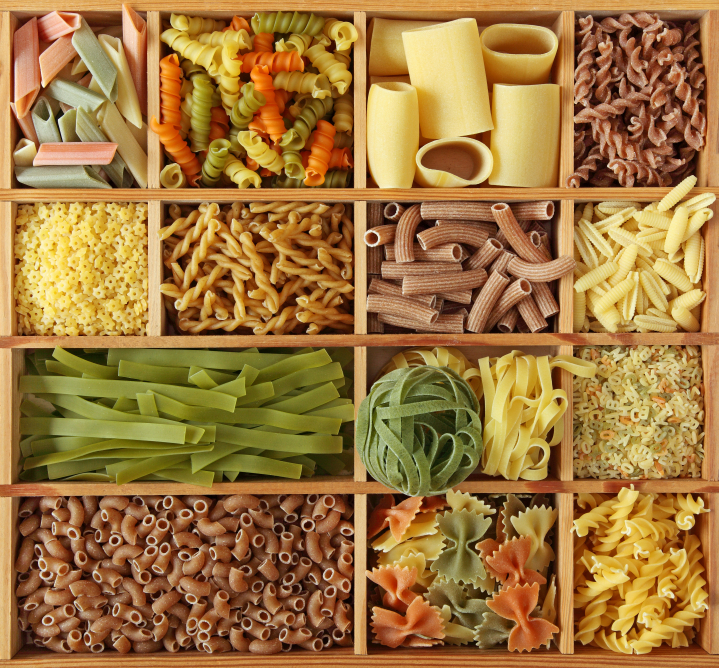 “Crazed Dog Terrorizes Neighborhood” says the headline, but when you read the story you learn that one small puppy nipped a child who pulled its tail too hard. “Mayor Caught with Pot” reads a “clever” caption, but the photo simply shows Hizzoner carrying a chicken casserole on his way to a potluck dinner.

We’ve all been fooled by misleading headlines, and several similar ones that resonated throughout the food world this week were no exception. “Pasta Linked to Depression in New Study” said ABC News, while CBS in New York City led with “Study: Too Much Pasta Can Lead to Depression.” Really? Oldways decided to check out the facts, by reading the actual study.

In this study, published in the journal Brain, Behavior and Immunity, researchers at the Harvard School of Public Health led by Dr. Michel Lucas followed the health of more than 43,000 women, quizzing them every two years on their eating habits. After twelve years, the scientists checked blood samples for inﬂammation markers, then compared the women’s diets, their inﬂammation levels, and whether they had been diagnosed with depression. They concluded that an “inﬂammatory diet pattern” was associated with greater likelihood of depression.

In the study, certain food groups were associated with an inﬂammatory diet pattern Foods that trigger inﬂammation were: sugar-sweetened soft drinks, reﬁned grains, red meat, margarine, and diet soft drinks. Those that restrain inﬂammation were wine, coﬀee, olive oil, and green leafy and yellow vegetables. Deep in the footnotes, the scientists said that the reﬁned grain group included “white bread, English muﬃns, bagels or rolls, muﬃns or biscuits, white rice, pasta, pancakes or waﬄes, cold breakfast cereals.” So why was pasta in all the headlines? Why not “Pancakes Linked with Depression” or “Sure Enough, Those Huge Bagels Are Trouble?”

Pasta doesn’t deserve the bad rap, and once again Oldways feels it’s important to help pasta ﬁght back. While the study speculates that high consumption of reﬁned grains raises inﬂammation through increased glycemic impact – spiking our blood sugar – it neglects to state that the glycemic impact of pasta is very diﬀerent from all the other foods included in the reﬁned grain group.

The scientiﬁc evidence for the “pasta advantage” is large. Here are just a few studies:

But what about inﬂammation? Two intervention studies speciﬁcally show that pasta reduces inﬂammation compared to other grain foods.

An Australian study, for instance, tested inﬂammation markers in a group of young men after they had eaten three separate meals, each including 50 grams of a diﬀerent carbohydrate (glucose, white bread, or pasta). After the glucose and bread meals, inﬂammation markers were three times higher than after the pasta meal.

In a second study, conducted in Finland, 47 individuals with metabolic syndrome were assigned randomly to one of two diets for 12 weeks. The ﬁrst included oats and wheat bread, and the second diet included rye bread and pasta. Those eating the rye bread and pasta diet, which was designed to have a lower glycemic impact, had lower inﬂammation markers in their blood after the study.

These two studies, although small, were intervention studies, showing cause and eﬀect with pasta resulting in lower inﬂammation, while the Harvard study is what’s called an “epidemiological study” which shows an association (not cause and eﬀect) between a wide range of unspeciﬁed reﬁned grains and inﬂammation. (And remember, it could be that the women with the most inﬂammation ate stacks of pancakes dripping with syrup every day but never touched pasta – all we know is that they’re in the “high reﬁned grains” group.)

We understand and agree that diet has a strong impact on health, and that increased consumption of soda, red meat and reﬁned grains is linked to 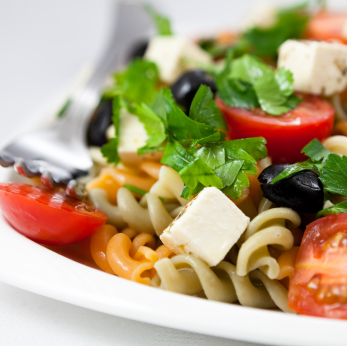 increased inﬂammation levels in the body. But pasta – because of the way that extrusion compacts its molecules – doesn’t spike blood sugar. When eaten as part of a healthy pasta meal, with other known anti-inﬂammatory foods like extra-virgin olive oil and leafy greens, pasta becomes even more of an inﬂammation ﬁghter. Switch to whole grain pasta instead of reﬁned, and you can kick the health beneﬁts up one more notch, adding extra vitamins, minerals and ﬁber to the low-glycemic advantages of pasta.

It turns out that even the study’s lead author, Michel Lucas, decries the way his research was distorted. In an interview with examiner.com titled “ ‘Pasta and depression’ study author: I never said pasta causes depression,” Dr. Lucas said that the press has grossly oversimpliﬁed and “exaggerated his research to suggest that eating pasta causes depression” but that the thrust of his study is the eﬀects of an overall inﬂammatory diet.

To help Dr. Lucas clarify matters, Oldways contacted him and asked for his comments. In an email to us, he called the misleading reporting “a big mess” and said he has been working to correct the oversimpliﬁcation in many subsequent interviews. He also indicated that “whole grain pasta [is] part of a healthy diet”. Kudos to Dr. Lucas for carrying out this important study – and big disses to the journalists who contribute to consumer confusion by sensationalizing nutrition news.

Lorraine
Thank God for this article. I Love Pasta.