My Journey Through Haitian Cuisine: Soup Joumou for the Win!

Food brings people together, and coming from a family of cooks as well as an Argentine cultural background, food has always found its way into my everyday conversation and forms of expression. I spent various nights and days in the kitchen taste-testing absolutely everything and experimenting with unusual and quite funky combinations for new family recipes alongside my aunt. My favorite dish we created together is the Chickpea and Tilapia English Muﬃn sandwich. When avocados were in season and we added them into the mix, it got even better. That was a game changer; in fact, all I remember from that summer were those sandwiches.  Thus stated, food was always abundant and present.

When I joined a campus ministry at Boston University, I realized that food was not as abundant in all households, and that in particular, Haitian children were struggling daily to get anything to eat. I am fortunate in that I have never experienced inaccessibility to food, much less good food. When I learned about FeedOne, hunger became real to me. FeedOne is a food initiative, under Convoy of Hope, that works under the motto of Mother Teresa: “If you can’t feed a hundred, then just feed one.” Creating food accessibility for a multitude was a very daunting idea for me. It was one that seemed too daunting, but this simple statement changed my mentality. Rather than thinking in terms of a whole multitude, it taught me to think in terms of having one more day to go to school, one more day to play, and the chance to grow. 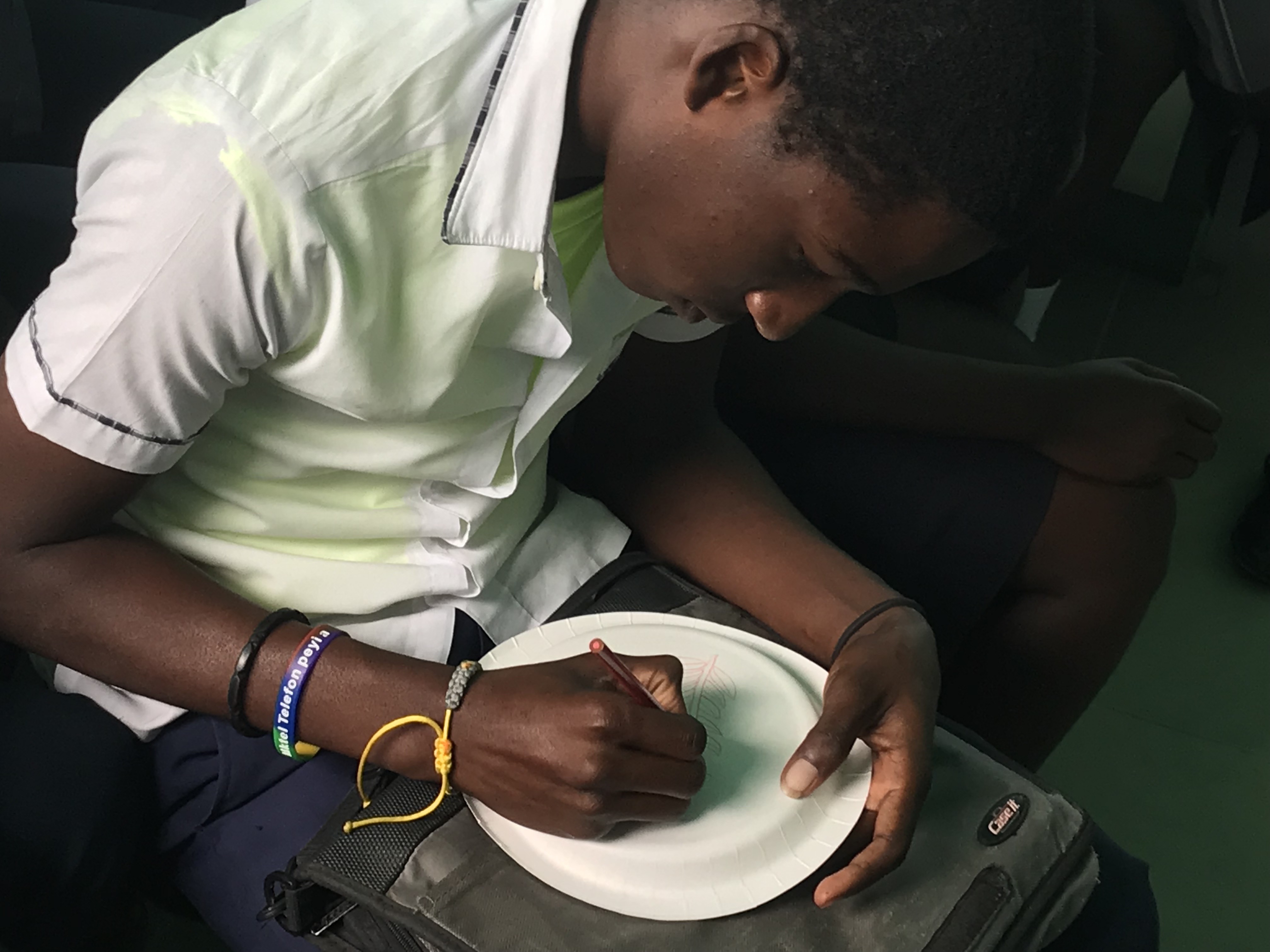 Through fundraising for FeedOne, I got more motivated to help overseas. With Convoy of Hope, I got the chance to go to Haiti for a week every year in my undergraduate time at BU. During my last year, I taught a nutrition class at a vocational school. In order to teach the nutritional class, I needed to understand what foods they had available and what foods they liked. In all my time there, I got to try soursop, breadfruit, spicy peanut butter, legim, soup joumou, and other combinations of tropical foods I hadn’t tasted before. My favorite and most memorable meal was the soup joumou.

When I had soup joumou, I was with the Convoy of Hope team at a small orphanage. We had been painting the walls through the whole morning. We were midway through the week, and working through the tropical sun was exhausting. Every day, the matron of the orphanage would cook for the whole team as a way to show her gratitude for the work we were doing. This warm gesture allowed us to taste home-cooked Haitian food. There were days when plantains would satisfy any craving, and other days when your appreciation for rice and beans would go beyond what you ever imagined. These home-cooked meals would pick us up from an afternoon slump. Soup joumou was an extra pick-me-up because one of the translators whom we were working with explained its history and signiﬁcance.

Soup joumou is a soup traditionally cooked only the ﬁrst day of January to commemorate Haiti’s independence in 1804. On that day, there was celebration, and part of that menu so long ago was this same pumpkin soup. Why this soup? For the Haitian people, part of being enslaved under the French involved being denied the same tastes and luxuries as the plantation owners. However, on January 1, 1804, complete freedom for the Haitian people was restored, and that meant complete freedom to choose what to eat and what not to eat. By making this soup, not only were we enjoying a traditional dish, but we were partaking in freedom. Eating that soup with the whole team kept us going through the rest of the week, and it allowed for us to know more about Haiti’s history. The mixture of pumpkin with leek, onion, and potato was a hearty, luxurious meal and was cause in itself for celebration, according to my taste buds.

As I reﬂected through all these tastes and ﬂavors, I realized I had only a glimpse of all Haitian food had to oﬀer. I needed to learn more. Many times I found myself peeking into the school kitchen or asking the cook or women in charge whether I could help. I think the translators went over more food vocabulary than translating complete sentences. In one instance, I saw how carefully chickens were plucked and washed for lunch (deﬁnitely not your average Market Basket experience). 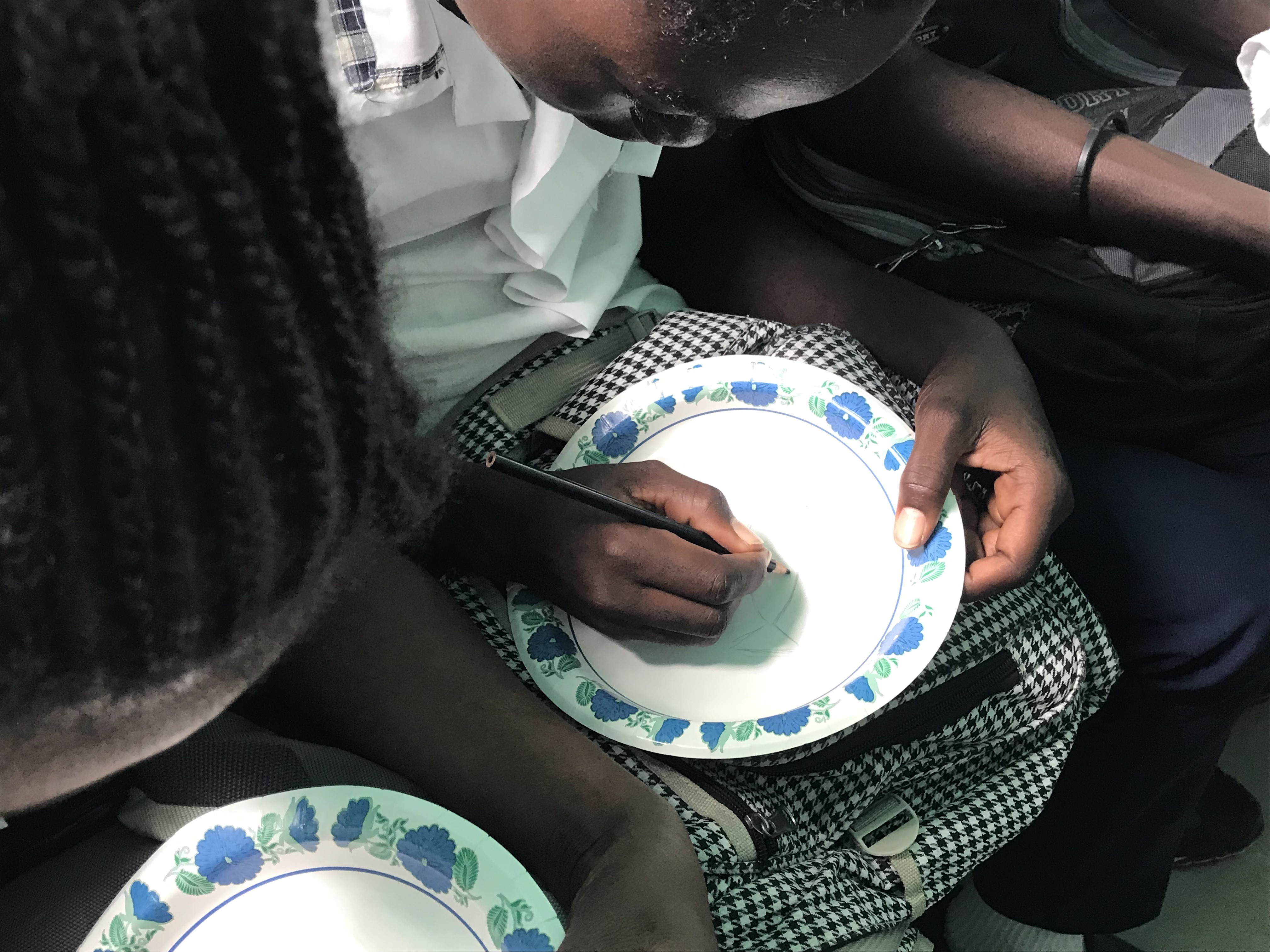 In the end, the nutrition class became what it should have been: a cultural exchange. I shared with the students my love for diﬀerent combinations of foods from all the food groups, and they shared theirs. There were so many dishes that could be routinely incorporated, and tropical produce that was so prevalent and colloquial in their lives. They became aware of just how important the foods from their own soil were in comparison to the short-lived pleasures of snack items that did not share any history with them; the same foods they grow are the same ones that unlock the strength to keep going.

Indies
This was a great read.