A lot of major tastemakers in diﬀerent industries are wanting to get into [plant-based meals] from the investment perspective. Some of the biggest spa and hotel chains in the world — even major multibillion-dollar food conglomerates known for processed, non–plant-based food — they’re now reaching out to companies like mine to say they want to explore plant-based alternatives. I think it’s much more than a trend. I think it’s a new direction. — Matthew Kenney, Vogue, January 25, 2016

Chef Matthew Kenney, quoted above, is certainly right. There’s a new direction to travel as we stop thinking about vegetables as side dishes and recognize that they are being elevated, celebrated, and served up as center-of-the-plate fare to someday vegetarians and everyday vegans in all sorts of new places. 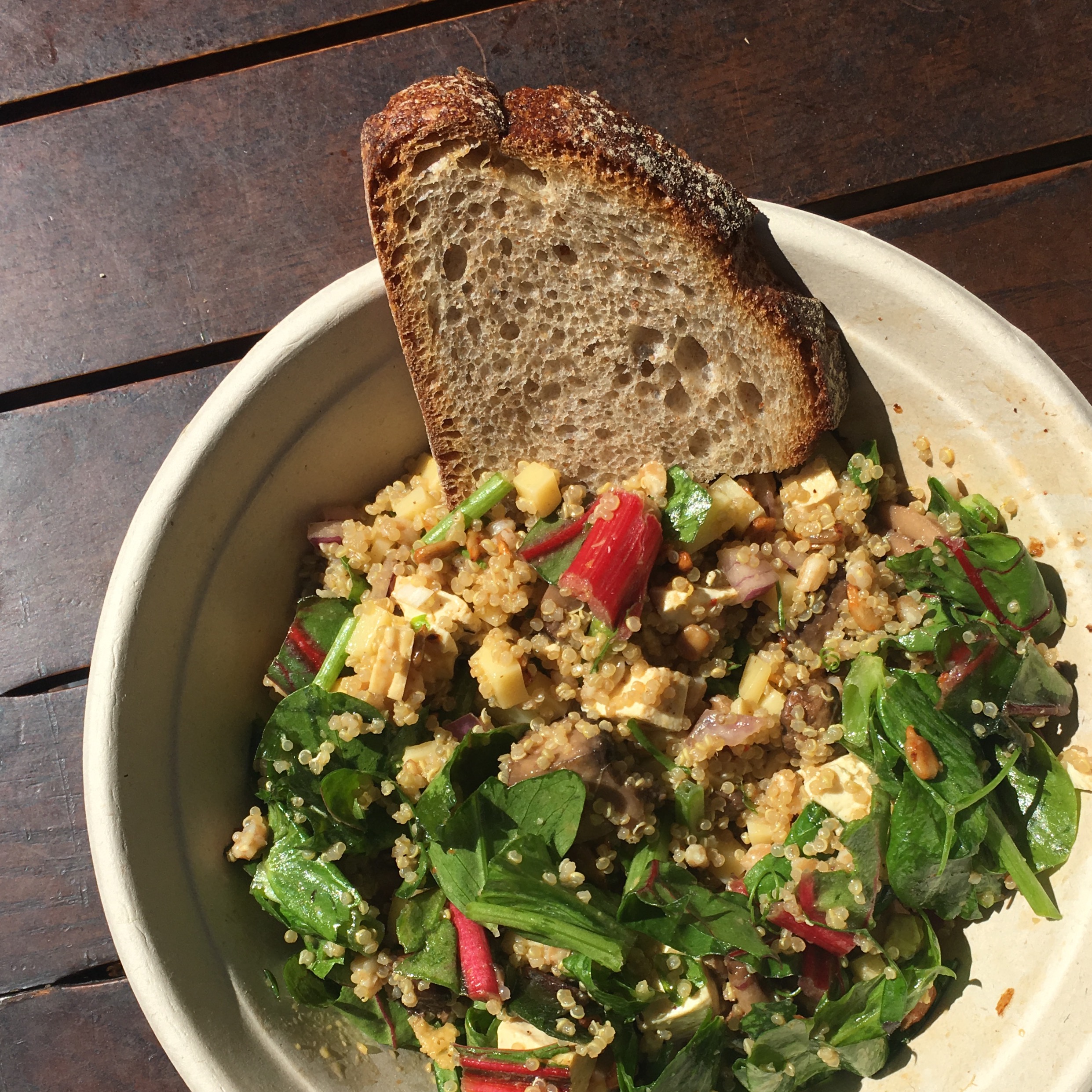 A vegetarian grain bowl from Sweetgreen. Click to learn more.

Keep an eye out for changes where you live. The National Restaurant Association’s 2016 Culinary Forecast, based upon a survey of more than 1,000 professional chefs, predicts we’ll soon see more vegetarian appetizers, more protein-rich grains and seeds, and improved kid’s menus oﬀering entrée-salads and fruit and vegetable sides.

Here in the Boston area, even the city’s old meat-and-seafood standbys are tweaking the choices: Durgin Park now oﬀers a “Vegetarian Bale of Hay” and the Union Oyster House includes a mixed ﬁeld green salad and grilled veggies on their menu. Sweetgreen, the quick-meal purveyor of veggies, greens, and whole grains, is making inroads with numerous locations in California, DC, Illinois, Maryland, New York, Pennsylvania, and Virginia. The chain currently has six locations in Boston with two more scheduled to open soon, including one near Fenway Park. Ready to switch that frank for a take-out Guacamole Greens salad at your next game?

The Oldways team is always on the lookout for innovative plant-based menus and we haven’t been disappointed in our travels, which included a visit this spring to Restaurant August in New Orleans, where the staﬀ created a dazzling vegan tasting menu for our table.  Recently we’ve also had the opportunity to sample some delicious plant-based meals in New York City. Among our favorites are Le Verdure, in the exciting Italian market place, Eataly, with a second location in Chicago (and coming to Boston this September!) and Matthew Kenney’s new plant-based pizza concept, OO+ Co., where cheeses made from nuts hold it all together. And on a recent trip to Scottsdale, Arizona, we enjoyed True Food Kitchen, with its dazzling fresh ﬂavors and textures. Click here for a list of other great plant-based meals we’ve enjoyed away from home. 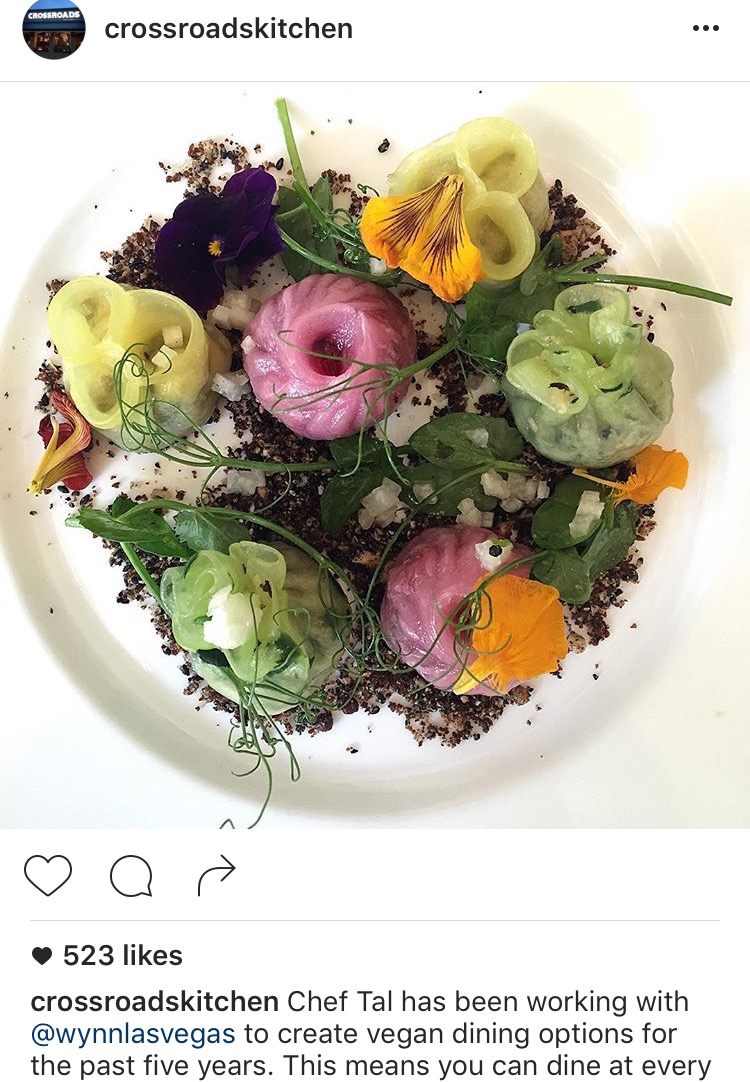 Oldways Vegetarian Network consulting dietitian, Sharon Palmer, reports there are many options in the Los Angeles area, with new locations opening every month.  At the top of her list is Crossroads Kitchen,  a favorite with celebrity herbivores who are drawn by Chef Tal Ronnen’s dazzling Mediterranean-vegan fare, such as artichoke oysters and kale spanakopita and  Plant Food & Wine, Matthew Kenney’s restaurant in Venice, California. She also enjoys Real Food Daily, founded by Anne Gentry, which delivers delicious choices at three locations – Santa Monica, West Hollywood, and Sage, in Culver City, Echo Park, and Pasadena. For for fun she recommends Little Pine, created by singer-songwriter Moby, which serves up “eﬀortless” vegan food in an Art Deco building in Silver Lake. 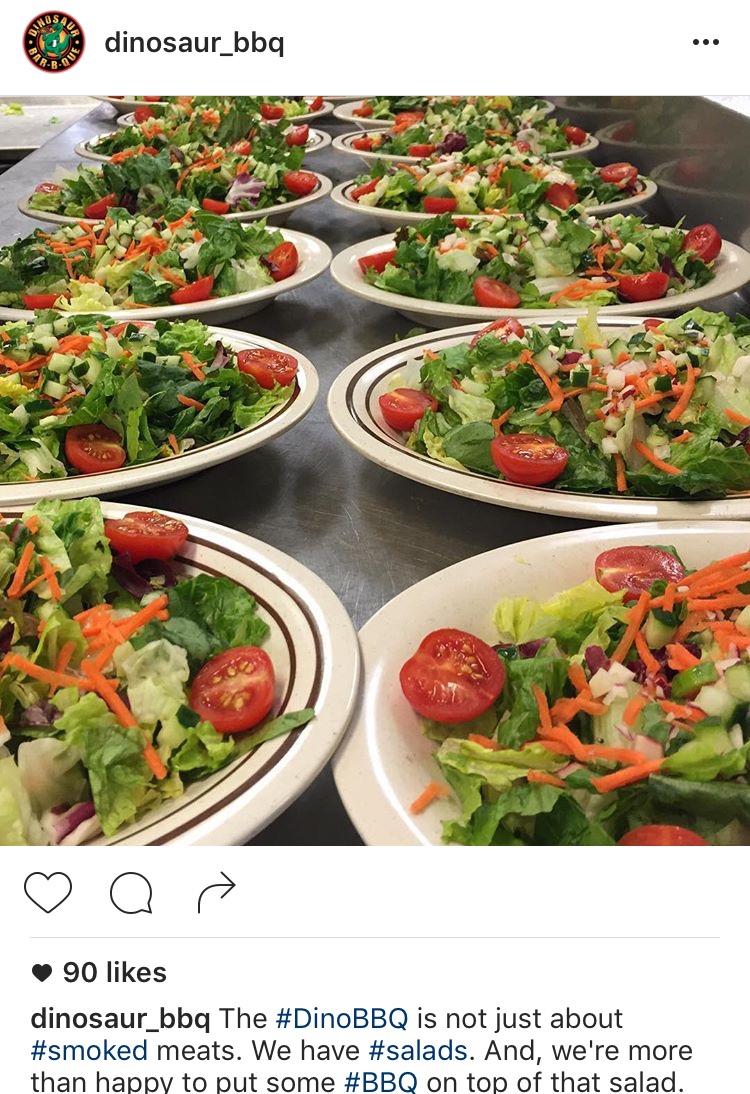 Among a number of choices she recommends Happy Dog with two locations, one on each side of town. It’s a simple concept: pick a vegan dog, then choose from a slew of vegan toppings. The taste? Crazy complex, and you designed it! And for a memorable vegan breakfast or brunch, she urges everyone to check out  Metro Croissants, which has ﬁgured out how to deliver pastry magic without using butter.

Click here to ﬁnd many other plant-based dining options in the US: Veg Dining