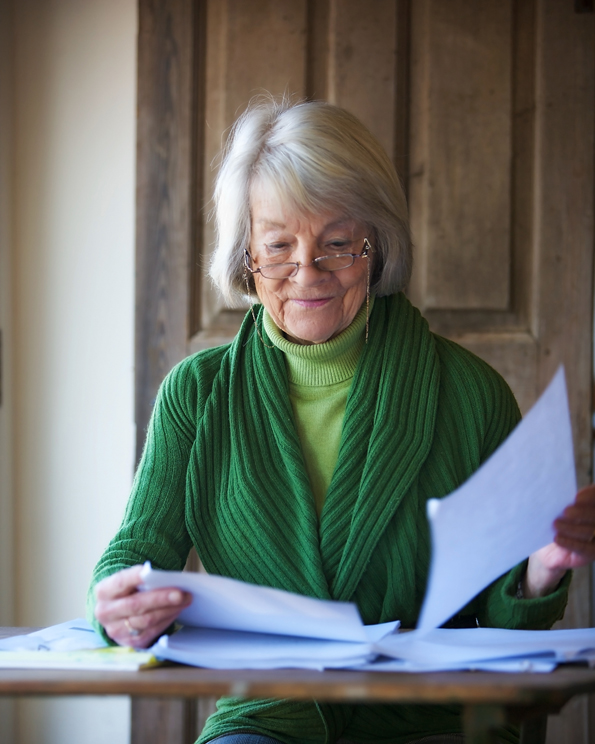 When you saw “Julie and Julia” did your heart soar when Judith Jones convinced Alfred Knopf to publish “Mastering the Art of French Cooking?” Of course; she saved the day.  But then, later, how did you feel about the famous editor when she failed to come to Julie Powell’s apartment to taste her boeuf bourgignon? Did she break your heart too?

The ambivalent feelings I’ve carried with me since I left the theater evaporated on November 6th when I met Judith Jones in person. Ms. Jones, a featured speaker at the Food for Thought conference run by the Vermont Humanities Council, turns out to be witty and warm and wonderfully passionate about good food and cooking. As Oldways starts planning a major eﬀort to Get America Cooking, it made my soul sing to hear Judith Jones champion the importance of relating to our food through cooking.

“We’re very peculiar as Americans,” says Jones. “We have a love-hate relationship with food. For more than ﬁfty years we’ve been told by the food industry, ‘Poor little woman. You don’t have to cook; it’s demeaning. Let us do it for you.’ For a while Julia turned that around. ‘Come on in, it’s fun – no apologies!’ ” Here, Jones does a perfect imitation of Julia Child, startling the audience, who did not expect Julia’s signature booming voice to be channeled through this tiny eighty-ﬁve-year-old woman whose feet don’t even touch the ﬂoor as she sits on stage.

Jones grins and returns to her chronology, in her own voice.  “But then came the 90s and we became afraid of everything. ‘That has two tablespoons of butter … we’re going to die.’ I think we should grow up. Have fun.” Jones believes that we need to “get our hands into our food more” and loosen up. “We’ve been too rigid. A half teaspoon of this and a quarter teaspoon of that, exactly. Dump the teaspoon of salt into your open hand before you put it in the bowl. Then next time you’ll remember what it felt like and you won’t need the spoon.”

Not everyone necessarily shares her passion for cooking, Judith Jones is quick to admit. “We all have diﬀerent cooking genes,” she says. “I think I got a heavy dose. I’d come home from school and watch our maid cook. I’d ask her what she was making at home, that weekend, and she’d describe some dish from Barbados, and my imagination would soar! By the time I went to college I was always the one who cooked – turned out it was a great way to seduce the boys.”

She sighs, lost inside herself as her life speeds by. “And then I went to Paris. I never dreamed there was a whole society that revolved around food. This was right after the war. People were walking around in carpet slippers with holes in the toes, but they would use what little money they had to buy a perfect piece of paté.”

“We’re caught up in the wrong things,” Jones goes on to say. Maybe too much abundance stiﬂes creativity in the kitchen. “We’re too proﬂigate. We have this nice half loaf of stale bread, and we just throw it out. We don’t make bread soup, or bread salad.” Peasant cultures honor every scrap of food and ﬁnd a way to dress it up, give it place of pride on the table.

Jones feels strongly that cooking is central to eating well. “I don’t buy that it’s impossible to work and put a nice meal on the table. I did it, when we were bringing up two children. Sure, it’s a little bit more of a burden, but that dinner hour was sacrosanct.” Today, at eighty-ﬁve, Judith Jones still works as a senior editor at Alfred Knopf and the dinner hour is still important, even though the kids are grown and her husband Evan died in 1996. Her newest cookbook, out this fall, is titled “The Pleasures of Cooking for One.” She rejects the argument that today’s lives are just too busy to cook. “What are we saving our time for?” she says. “More television?”

At the end, moderator Marialisa Calta asks Judith Jones what it felt like, to see herself played in the movie “Julie and Julia.” “It was interesting to be both a villain and a savior,” Jones replies, reﬂecting brieﬂy. “But I wish they’d dressed my character a little snappier!”   — Cynthia

(Photo on this page from a video on YouTube that has since been removed.)