Eating Healthy without Breaking the Bank 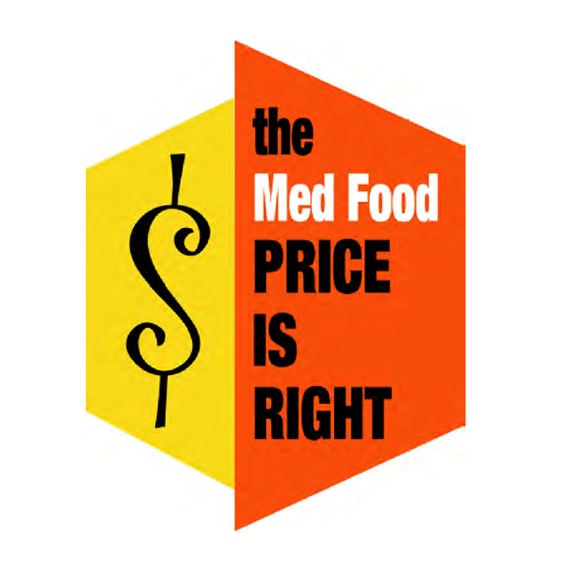 The press was buzzing this week with a recent survey from Chicago food industry research ﬁrm Technomic saying the recession is forcing shoppers to turn their backs on healthy food, with 70 percent saying healthier foods are increasingly diﬃcult to aﬀord, and 53% saying they often buy less healthy foods because they’re cheaper. Oldways feels passionate about this topic. While it’s true that unhealthy foods are often less expensive (especially when measured on a per-calorie basis), many people don’t realize that good food doesn’t have to be expensive. I invented a game show last November for the 15th Anniversary Mediterranean Diet Conference to illustrate just this point. 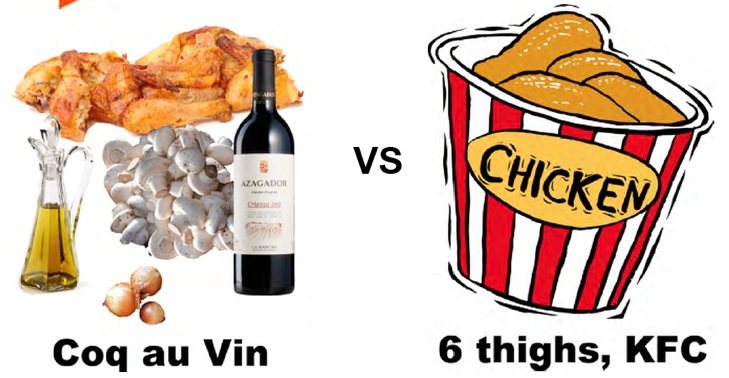 In our ﬁrst game, we asked our “Med Price is Right” contestant to pick the less expensive of three pairs of meal choices, and showed how: Each of these meals required less than half an hour active prep time, and delivered more nutrition and taste than the fast-food option. No big surprise there. We all know it’s less expensive to eat at home than to eat out. So step one: cut out the take-out and learn a few really basic, easy recipes your family can enjoy. Oldways will be starting a new campaign next year called “Get America Cooking” with tips and inspiration for the cooking-impaired. Okay, so now you’ve sworn oﬀ the drive-through. What can you buy for the cost of a large pizza? We asked our next “Med Price is Right” contestant to estimate how much of each of various healthy foods could be purchased for $15.99. We set up one of those red plastic grocery handbaskets on stage, and asked our contestant – with prompting from the audience – to tell us when we had purchased $15.99 worth of organic carrots, or whole wheat pasta, or low sodium diced tomatoes. 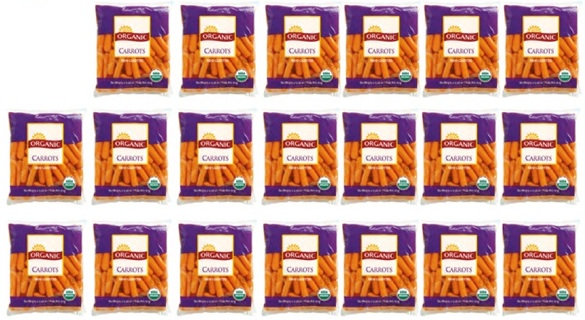 The carrots were ﬁrst – a one-pound bag of organic veggies. Whoa! Organic! That will cost an arm and a leg. Our contestant piled six bags in the basket, then hesitated as the audience screamed, “More! More!” Seven… Eight… pause. Now the lifeline advice from the audience was becoming divided between those screaming “More!” and those yelling “Stop!” Our intrepid contestant continued. Nine bags, Ten, Eleven. At this point, the audience was almost unanimous in its advice to “Stop!” and our contestant did so. But the tab for 11 bags of organic carrots was only $9.79, at $0.89 per bag. In fact, the right answer was that 17 bags of carrots could have been purchased for the cost of a single pizza. (All prices were based on actual purchases in local stores and markets in November, 2009.) We went through the same process for the whole wheat pasta – a box of Barilla Whole Grain Rotini was $1.00, so sixteen could be purchased in our budget – and for the 15-ounce can of low-sodium diced tomatoes, a recipe-staple bargain at 5 for $3.00, allowing us to buy 26 cans for our pizza-budget allowance.  Would conventional carrots, white pasta, and regular tomatoes have been a few cents cheaper? Maybe. But the value is higher with better ingredients, and still aﬀordable. Is it a good deal with you buy white pasta for 10% less but lose out on 50% or more of the nutrients? We hope our Med Price is Right game show drove home the point that it’s easy to stock your pantry with healthy basics without breaking the bank. To help time-challenged home cooks we also created a collection of 15 easy Med-style recipes many costing less than $1.50 per serving to prepare. If you’re using the “high cost of healthy food” as the reason for all the junk in your cart, think again. Put your money where your mouth is, and treat your body to the kinds of delicious foods it needs to help you thrive. You deserve it.  — Cindy