Dun Spies with His Little Eye: A Picnic Lunch 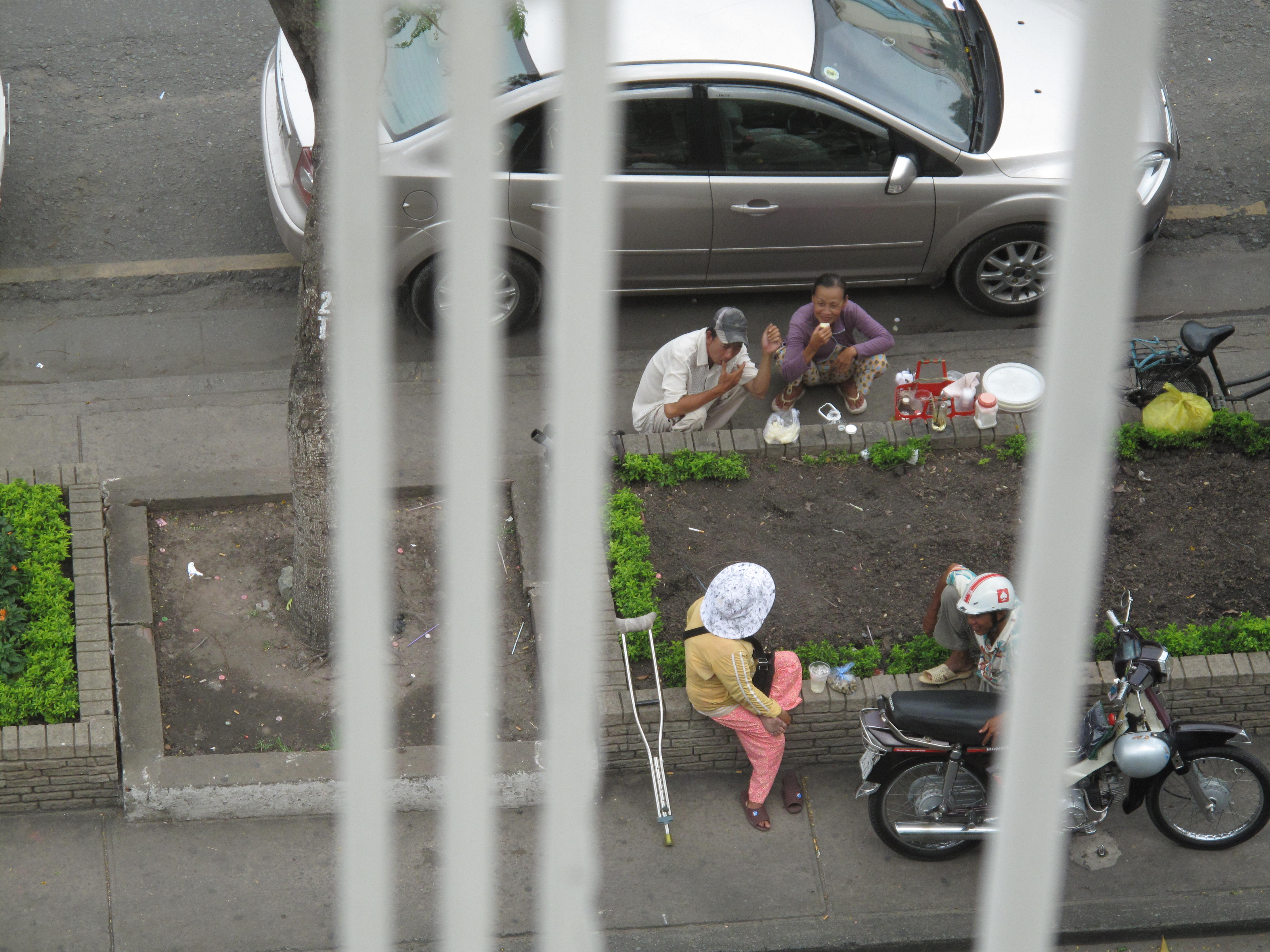 These four people are sharing an al fresco picnic lunch in downtown Ho Chi Minh City, using as their venue a planter that divides one of the city’s main four-lane thoroughfares (Le Loi, at the top) from a local street lined with hotels and shops and restaurants (bottom, also named Le Loi, but only two lanes).  The fuzzy white lines are slats of the venetian blinds in my hotel room window.

The couple at the top is younger, and they rode bicycles to get here (the second bicycle is out of the picture to the right), carrying their lunch baskets strapped to the bike carriers.  They both wore helmets to the picnic, but took them oﬀ; he’s replaced his with a well-broken-in baseball hat, she is bareheaded.

They have arrived with quite a feast in their red picnic basket — white rice dumplings/buns (she’s taking a bite of one, he’s just eaten one and is licking his thumb).  They have tea in a bottle, some poured out into the glass, and also water in a bottle with a white plastic handle.

The other couple, older, arrived on a snazzy motor bike, he driving wearing his red-striped helmet, she riding behind him in a sliver helmet, now hanging on the motorbike and replaced with her ﬂoppy sun hat.  They’re not having much lunch, but instead snacking from a bag of pistachio nuts and sharing a large glass of iced juice.  She’s got a crutch, and is rubbing her left foot (maybe that’s why they have a motor bike).  She has their money and identiﬁcation papers in that severe black bag strapped over her shoulder, carrying it in front instead of behind her back.

After watching these four people for a while, and understanding their clear ease with each other, I came to understand that the older couple are the parents of one of the younger couple.  And that this is one of the ways they stay connected with each other in this teeming city.