A Day at Singing Beach

When I was a kid, I loathed the onslaught of summer in Arizona. It was the worst ﬁve months of the year in Phoenix, even three whole months without school was no consolation. If it wasn’t for air conditioning I probably would have run away from home by age 10. I now reside in the city of Boston, and although my seasonal loathing now starts 6 months later on the calendar, I can honestly say, without fear or embarrassment, that summer rules. It is especially good when I can gather up a few friends and head to the beach. Last weekend, some of the Oldways team headed north to Singing Beach, a beautiful little area right next to the sleepy town of Manchester-by-the-Sea (yes, the actual town name). In true bathing beauty fashion, we started the afternoon with icy Pimm’s Cups. These are simple, delicious cocktails with a hint of quinine, ginger and spices. 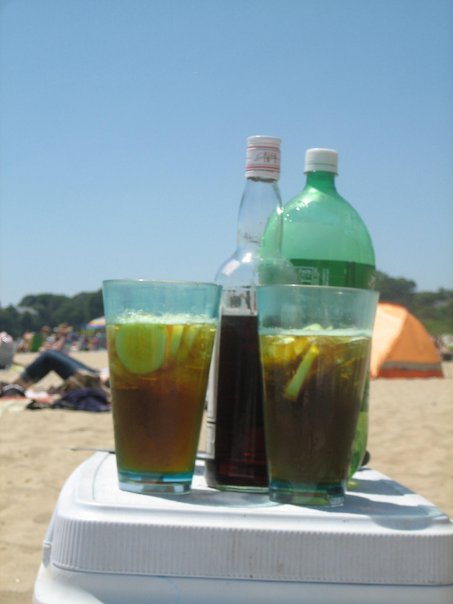 After taking time to warm my skin in the sun, I had to go swimming. It was as if the Atlantic was a Siren and I was a poor Greek sailor, the draw was that strong.* Even thought the water was cold, it didn’t matter; I was swimming, I was happy, I was…hungry. Coming out of the fray after my third dip, we decided to tuck into the sandwiches I made that morning: Grilled Portabella Subs with Gruyere 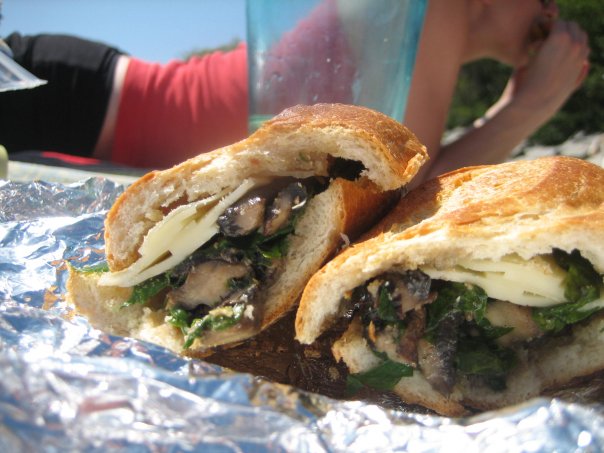 These were so easy to make and they were delicious. Two of my favorite things in a recipe! It was a warm day and since they are vegetarian, we didn’t have to worry about the meat-mayo-sunshine combination that loves to breed bacteria. I would love to try them again with diﬀerent cheese variations like smoked Gouda or fresh mozzarella. Without the cheese, these could be great hiking lunches. Grilled Mushroom Salad Subs (courtesy of Rachael Ray) Ingredients Directions *no shipwrecks occurred in the making of this beach day  — Adriene