Day one of the Great Gluten (Free) Experiment is underway! 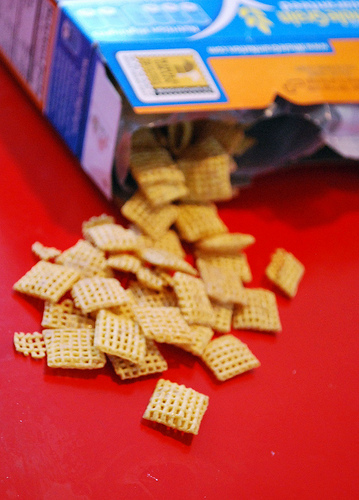 Last night I bade farewell to my beloved whole wheat rotini and multigrain bread, and went oﬀ to the grocery store to stock up on gluten-free items. I always get a lot of fresh produce, so that was nothing new, but I was concerned mostly about ﬁnding breakfast food – I usually have oatmeal, and while oats are inherently gluten-free, they are most often contaminated with wheat during processing. For a list of the few companies who use separate machinery and can guarantee their oats are gluten-free, check out the Whole Grains Council’s page about gluten-free grains. To my delight, I rediscovered a lost and forgotten childhood love of Honey Nut Rice Chex, so I snagged a box of that and have been munching on it ever since. Great with milk in the morning, and great for snacking on throughout the day! (And it even proclaims “Gluten Free” right across the front of the box!) I double-checked the ingredient lists of everything I bought – seems like that will become a compulsion before too long! For lunch I had a turkey burger – no bun – and green beans, with some cottage cheese and an apple for a snack. Not terribly exciting, but it’s a start. It’s hard to go wrong with meat and vegetables, and cottage cheese is usually a safe bet – but as always, check the ingredient list for modiﬁed cornstarch, which can contain wheat. 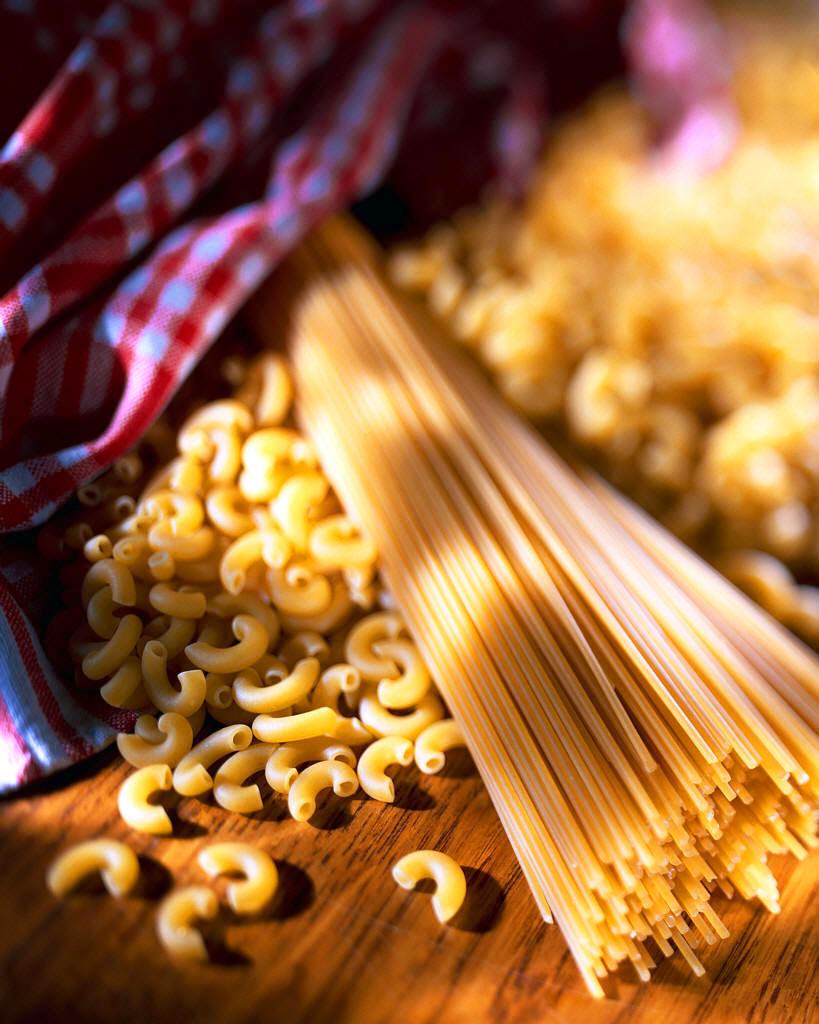 Tonight for dinner I tried brown rice pasta, my ﬁrst foray into the world of gluten-free pasta. There are a few diﬀerent kinds of gluten-free pasta; the three general types are potato, corn, and rice, all mixed with a variety of other gluten-free grains. Each have their pros and cons, it seems – rice pasta has a neutral ﬂavor but can easily get gummy if overcooked, corn pasta has a lot of protein but can harden quickly and doesn’t reheat well, and potato pasta is lighter but can be very chewy. As brown rice pasta was the only choice in my grocery store, I decided to give it a whirl. The great thing about brown rice pasta is that it’s still whole grain! Being very wary of overcooking it, I boiled it for 8 minutes (the recommended time was 7-10 mins) and it turned out pretty well. I could deﬁnitely sense a diﬀerence in taste and texture from my usual whole-wheat pasta, but I think it’s something I can adjust to, just like I when I switched from white pasta to whole wheat. Besides, if you cover anything in enough spicy tomato sauce and cheese, it tastes pretty good! 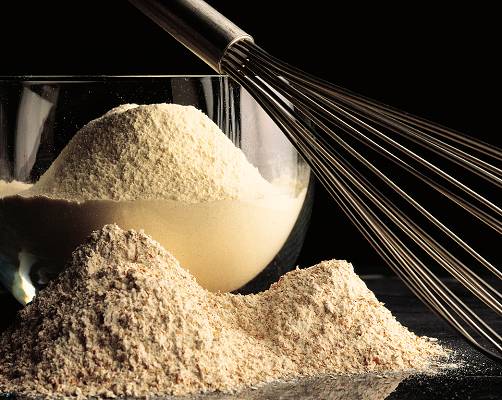 One of the most daunting things I discovered in my early gluten-free diet research were all these complicated recipes using things like amaranth ﬂour (pictured above) and xanathan gum…umm, what? I’ve decided already that I’m much more interested in simply avoiding things that contain gluten and sticking to basics like brown rice, potatoes, meat, and produce, rather than trying to ﬁnd all kinds of crazy gluten-free substitutes. If eating gluten-free does turn out to be the solution for me, I’m sure I’ll eventually try gluten-free baking (it’s not Christmas without cookies!) and various other methods of substituting, but for now I think I’ll just make sure to cut out certain things. For the sake of my budget and my sanity, it seems much simpler and less complicated to just eat potatoes and rice and buy frozen gluten-free waﬄes! I want to cap oﬀ this entry with a list of sneaky, gluten-containing things to be on the lookout for. It’s easy enough to avoid bread and pasta, but I’m learning already that things you wouldn’t expect have wheat ingredients in them, cleverly coded in strange food industry terms, so it’s very important to know what they are. The following terms generally indicate the use of some kind of gluten-containing ingredient, and are to be avoided: Most of these things are thickening agents, and can be found in things you wouldn’t instantly think would have gluten in them, like yogurt and gravy. When in doubt, I’ve heard it’s not a big deal to call the manufacturer’s number on the package and ask a customer service person; otherwise, leave it out. One day down…I think I just might get the hang of this. Recipes coming soon! Bon (g-free) appetit!  — Molli