Last month, a great gathering of cheesemongers (editor’s note: including the author, who also competed!) took place in Long Island City, Queens! Adam Moskowitz, Columbia Cheese, and Larkin Cold Storage host cheesemongers from across the United States and Canada for a weekend on education, competition, and bonding. The Cheesemonger Invitational has grown to now be a twice-a-year event: one in San Francisco each January, and each June in New York. 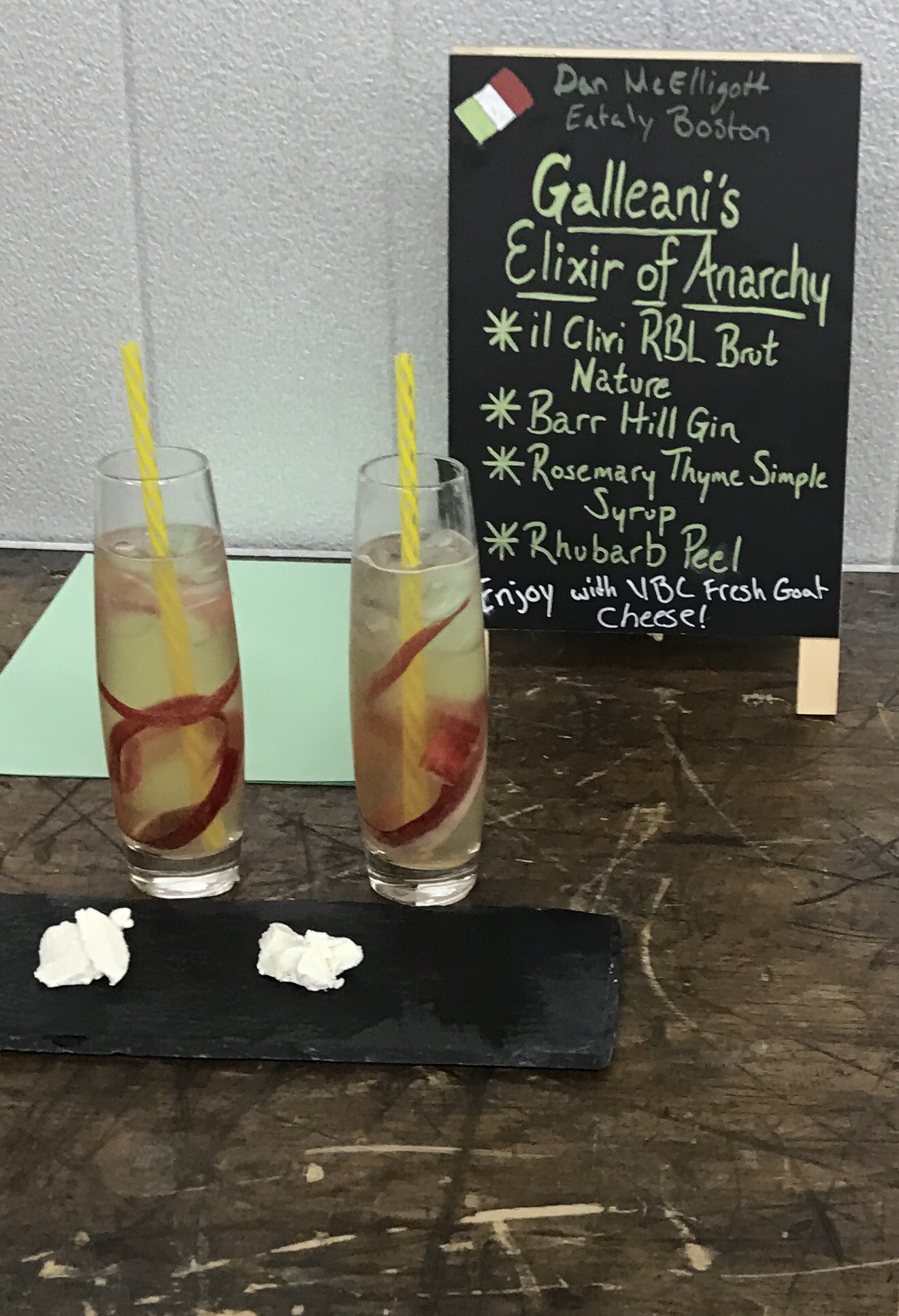 While the competition is the main draw of the event, it is the education portion of the weekend where the family and community of the cheese industry truly shines. Cheesemakers, aﬃneurs, importers, and distributors convene at Larkin Cold Storage to share their wealth of knowledge with the competitors in “Meet the Maker” talks broken down into half-hour roundtable discussions where the mongers are given the chance to engage with questions.

Following the education portion of the event, mongers are put through a series of challenges. The ﬁrst round is a technical skills challenge: including a written exam of cheese-related knowledge, cutting and wrapping cheese, and blind aroma and taste tests in which competitors must identify a selection of cheeses based on their taste, as well as identify several food items in containers by their smell. After the ﬁrst two rounds are completed, mongers move into the food service rounds in which they have blocks of time to plate a cocktail pairing with a cheese they have been assigned, build a cheese plate with that same cheese, and ﬁnally use another assigned cheese to prepare two sheet trays of their “perfect bite,” a single serving of their most imaginative cheese concoctions.

Once the preliminary rounds have been completed, the competitors are narrowed down to the ﬁnal six, who take the stage as the event is opened to the public. Cheese enthusiasts converge on Larkin Cold Storage and are given the chance to meet and try the cheeses of dozens of cheesemakers, and aﬃne ﬁnalists are awarded further points based on the enthusiasm of their introduction, a series of cheese-related questions, and another round of cutting and wrapping.

This year’s champion was Jordan Edwards from Pastoral in Chicago, a retail member of the Oldways Cheese Coalition. We would like to extend a huge congratulations to Jordan, who won with a combination of skill, knowledge, grace, and passion. We congratulate all the mongers who were willing to take on this challenge and wish them all luck in their future cheese pursuits!