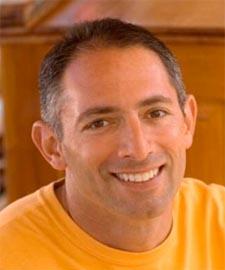 David Shalleck has worked for over two decades in the food business as a chef and television culinary producer alongside some of America’s most celebrated chefs. He is the author of Mediterranean Summer, a culinary travel memoir published by Broadway Books, and has cooked in noted restaurants and for special events in New York, San Francisco, the Napa Valley, London, Provence, and throughout many of Italy’s famous regions. Recent television credits include the PBS series Jose’s Made in Spain with José Andrés, Chef’s Story at the French Culinary Institute, Joanne Weir’s Cooking Class, Fast Food My Way with Jacques Pépin, and with Cat Cora on the Food Network’s Iron Chef America. His recipe, menu, food styling, and food product development clients include respected cookbook authors, restaurant operators, and many national brands. He is the founder of VOLOCHEF™ Culinary Solutions, oﬀering specialized services to the food service and media industries. A graduate from Syracuse University in set and lighting design, he currently lives in San Francisco. Learn more about David Shalleck.