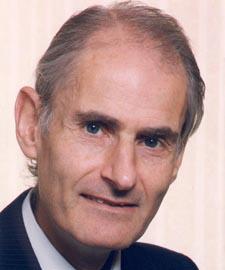 Educated at Oxford University, David is currently a professor in both the Departments of Nutritional Sciences and Medicine, Faculty of Medicine, University of Toronto, a staﬀ physician in the Division of Endocrinology and Metabolism and the Director of the Clinical Nutrition and Risk Factor Modiﬁcation Center, St. Michael’s Hospital. He has served on committees in Canada and the United States that have formulated nutritional guidelines for the treatment of diabetes and most recently recommendations for ﬁber and macronutrient intake for the general population under the new joint United States-Canada DRI system (RDAs) of the National Academy of Sciences (Washington, DC). His team was the ﬁrst to deﬁne and explore the concept of the glycemic index of foods and demonstrate the breadth of metabolic eﬀects of viscous soluble ﬁber, including blood glucose and cholesterol lowering. His studies on combining cholesterol lowering food components (dietary portfolio) have been recognized as creating an eﬀective dietary alternative to drug therapy (statins) for many people and were the only dietary approach referenced in 2004 Guidelines update of the US National Cholesterol Education Program (ATP III) and the Canadian Cardiovascular Society (CCS) guidelines for 2012. He has received many National and International awards in recognition of his contribution to nutrition research. He believes that diets have to be palatable and more readily available to encourage dietary adherence, equally they have to be environmentally sustainable.