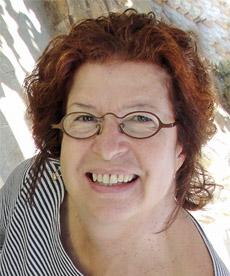 Aglaia Kremezi was born in Athens and for six years lived on Kea, an island of the Cyclades. She is a journalist, writer, photographer and food columnist for the Sunday Athens paper Kyriakatiki Eleftherotypia and the Greek edition of Votre Beaute magazine. She is also a contributing author for the Los Angeles Times, Gourmet, BBC Good Food, Bon Appetit, Food and Wine, Food Arts and other publications. With a group of her friends, she has created Kea Artisanal, a Culture and Food holiday program in Kea. She was inspired to write a book, Mediterranean Hot & Spicy: Fast and Healthy Cooking from Southern Italy, Greece and the Middle East, which was published in the Spring of 2009 by Broadway Books (Random House). Another one of her books, The Foods of the Greek Islands, published the fall of 2000 by Houghton Miﬄin, was chosen as the ﬁrst of the year’s best cookbooks by the New York Times and received raving reviews from Food and Wine, Time, People and many other newspapers and magazines. Her ﬁrst book, The Foods of Greece, published by Stewart, Tabori and Chang won the Julia Child “First Book” award, in April ‘94. She is part of the team of Master Chefs —together with Roger Verger, Michel Roux, Richard Olney and others— creating a small illustrated collection of Meze and Antipasti, for the series “Classic Recipes” published by Weidenfeld & Nicolson, in London. She has also published in Athens two collections of her food columns that became best sellers in Greece. She has appeared on Good Morning America, CBS, and other major and local TV stations and also taught at Macy’s Degustibus, at the French Culinary Institute in New York, at the Culinary Institute in Greystone, Napa CA and many other cooking schools around the country, promoting her books and authentic Mediterranean cuisine. She is a consultant for Molyvos, the upscale Greek restaurant in New York (7th avenue at 55th street) which was awarded three stars by Ruth Reichl of the New York Times. Learn more about Aglaia Kremezi.